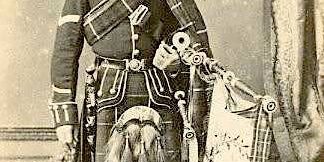 *Special note: V&R broadly relies on a natural law argument, that moral values are universal, real, and persuasive. I am often asked for a good introductory book to natural law but I cannot say that I know of one. The history of ideas offers a variety of natural law theories and even in Thomism, the tradition of thinking taking inspiration from Thomas Aquinas (d. 1274), there are disputes about how best to think of natural law.

Loyola University Maryland is hosting some luncheons on the topic and today Brendan Fitzgerald, a seminarian at Mount Saint Mary’s, Emmitsburg, Maryland, and a graduate of Loyola’s philosophy department, got the ball rolling. What follows is Brendan’s summary of Thomas and some of my thoughts.

James Laver writes delightful books about fashion and manners. I love his 1972 The Age of Illusion: Manners and Morals 1750-1848 and am currently reading his 1963 Costume. In this book he argues that clothing began in the wearing of amulets, with the sporran a relic of this primordial age. He notes that the sporrans of that age were cowrie shells dangling from a waist cord. Such objects have been found in early human settlements across the globe and even in places far from the sea (pointing almost surely to trading). The speculation is that these amulets were worn to ward off childlessness.

Which brings us to natural law.

Thomas lays out a metaphysical foundation that is also a movement to law.

Something is desirable because perfect/complete.  For example, amongst classic car enthusiasts motor cars in an original and unrestored condition are highly desired and modifications from stock can damage a car’s value.  Jay Leno has a great video expressing this aspect of motor car collecting: https://www.youtube.com/watch?v=fPKSf5tHzsw.

For Aquinas, all substances (even inanimate) have desire and desire moves towards perfection/complete expression (in modernity, Leibniz and Schopenhauer have both held a similar view).

This means that being and goodness convert, the one into the other: as substances desire and develop (being) they try to grow into relationships so as to absorb perfections (goodness). Connectivity and mutuality follow.

Law, the moral law, reflects and expresses this mutual expansion of desire.

Aquinas assumes a hierarchy where the perfections in the world culminate in God – thus God is the ultimate cause of desire – but substances latch onto all manner of intermediate goods in seeking perfection. Built into nature are measures of perfection.

Inclinations are precepts of law, and vice versa, therefore. Aquinas identifies three measures: preserve your being, reproduce and be sociable, and seek knowledge.

There is a good deal to add – and more will be added in my reports about the other two luncheons in March – but one can see how the sporran fits in. Clothing, as Laver argues, is not concerned with preserving modesty so much as securing fertility. Amulets were thought magical and masking the sexual organs with amulets a way to ward off the “evil eye.”

Laver’s account of the origins of costume is necessarily speculative but it ties in nicely with natural law and Aquinas’s second measure.