Is Pierpaolo Piccioli a Leibnizian? 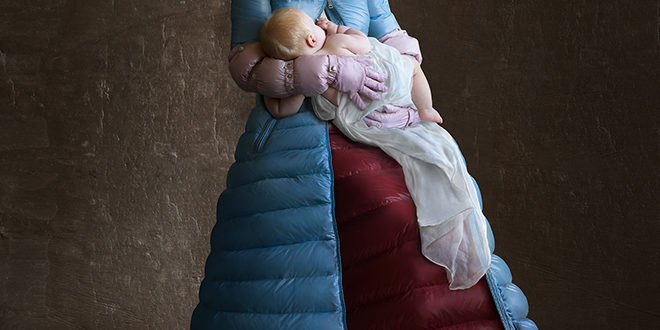 Leibniz is father to one of the most unusual metaphysics proposed by a philosopher.  A great mathematician and scientist, he had a profound intuition about the individuality of all things.

Amongst many startling ideas, he corrects Thomas Aquinas’s idea that each angel is a species unto itself.  In the Middle Ages, this idea was contested, most theologians arguing that angels, like humans and other animals, were numerically different members of the same species.  But Leibniz turns this around, arguing that what Aquinas says of angels is true of all substances: each substance is a species unto itself (Discourse on Metaphysics [1686], Chapter 9).

The radical singularity of objects seems to be an intuition of Mr. Piccioli, currently head of design at Valentino:

“My idea of beauty is about diversity; the idea of beauty of Mr. Valentino was a certain kind of beauty,” says Piccioli. “I feel that I’m not imposing a look, but I propose pieces. The difference is not to deliver an ideal woman but the idea that individuality is beauty.”

Leibniz imagines a world where each individual is a reflective mirror of the entire universe.  It’s a difficult idea to understand, but a thrilling one: “Furthermore every substance is like an entire world and like a mirror of God, or indeed of the whole world which it portrays, each one in its own fashion” (Discourse, Chapter 9).

The quote is from this article (https://www.harpersbazaar.com/fashion/designers/a28749830/valentino-pierpaolo-piccioli-interview-2019/) and here’s a short video making the same point:

Dress and mimickry in Tolkien
December 27, 2018