The Jesuit Option: How $1000 jeans can be moral 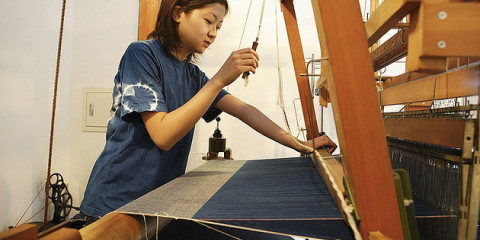 V&R is primarily about the best way for the fashion industry to morally structure its business plans. V&R shows that this question is inseparable from the broader problem that from the time of Plato moral philosophy has seen in vanity and luxury a highly problematic field of desire. For very deep reasons, religions intensify this boarder problem, and Catholicism in a most quixotic way. V&R spends some time on how Catholicism has inspired fashion but, in the figure of Pope Francis, contemporary Catholicism reaffirms Plato’s moral criticism of fashion’s principles of inspiration.

This weekend the Wall Street Journal ran an interesting article on the Benedict Option (https://www.wsj.com/articles/communities-built-on-faith-1487349471).

Despite serious and wide reservations, Pope John Paul II nevertheless thought continuity existed between contemporary culture and Catholicism. Pope Francis is far less sure (see V&R Chapter 2). He speaks of the monastery as an alternative to the warped desire of modern consumer culture, and in some ways I agree (see V&R Chapter 5).

The Benedict Option is a radicalization of the idea that monasteries are important social beacons. Just as St. Benedict of Nursia (d. 547) drew Christian culture into the monasteries to preserve it by isolating it from the collapse of the Roman Empire, so some Catholics in the West today (and some anarchists) feel a similar separation is necessary.

V&R is rather in the spirit of St. John Paul II and might be said to be the Jesuit Option: to find in culture what is congruent with Catholicism and celebrate it.

With Kolnai (V&R Chapter 7), I believe civilization is a support of moral goodness. In this post, I will make my case through Huizinga and a luxury good, $1000 jeans.

Many, Christians and secular alike, will be horrified. David Hume spoke of “severe moralists” and the contemporary secular philosopher, Peter Singer, is a case in point: he thinks there is no moral basis for luxury in the face of on-going suffering, human and animal. However, if ethics is partially about sustaining civilization, then horror at $1000 jeans is misplaced.

I will make this argument through Huizinga but it could be made by application to such varied thinkers as Mandeville, Shaftesbury, Kant, and Kolnai.

V&R Chapter 6 discusses Huizinga’s argument that the soil of civilization is play. Attributes of play include, amongst other things, rules, playground, boundaries, costume, clubs, invitations, penalties, and fair play.

There is a bespoke market for wealthy men who wear jeans to work. Wearing quality shoes and sweaters, these men want high quality jeans to complete the costume of the relaxed, independent-minded, and highly successful man of business (https://www.wsj.com/articles/SB10001424052702303759604579095684288760984). The boutique owners explain that these men are serious hobbyists, typically fascinated by the whole process of jean and denim manufacturing. Akin to collectors, buyers might be said to be club members. The owners send swatches of rare and unusual denim in the post to aid client education and these mailings act as invitations to step into the shop and add to the collection. In one boutique, seamstresses work inside a glass cube – somewhat reminiscent of the open kitchens so popular now – which functions something like a playing field: buyers being spectators.

What these men are doing is playing and play structures civilization. $1000 jeans have nothing directly to do with God but nor are they contrary to God. Indeed, insofar as these men truly are fascinated by denim, its various aesthetic and human qualities (the best denim is widely agreed to be hand loomed selvage from Japan), they defer to something other than themselves, something high and admirable that arrests their will. This posture of submission is not divorced from the “sober service” (Przywara) owed to God.

This is the Jesuit Option.