Dress and mimickry in Tolkien 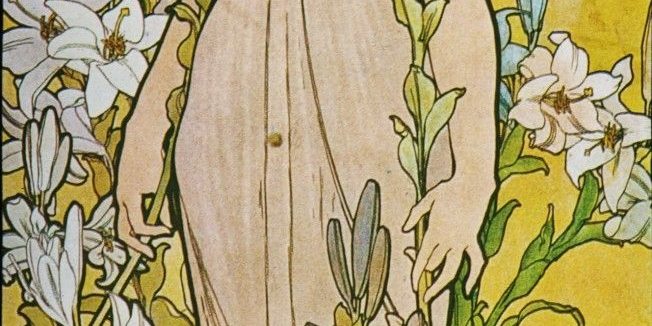 Suspicious of Beren, Luthien hides from him.  In a “silver-pearly dress” she ducks “down among white hemlocks and hid herself beneath a very tall flower with many spreading leaves; and here she looked in her white raiment like a spatter of moonlight shimmering through the leaves upon the floor” (Beren and Luthien, p. 42).

“the phenomena of mimicry shows how certain animals assimilate into the background and become almost invisible, while others imitate, and are mistaken for, species that are sometimes very distant…  here it is impossible not to think, first, of those legends concerning hats and cloaks that make their wearer invisible, and of camouflage techniques; second, of the impulses expressed in mankind by the phenomena of fashion and disguise” (The Edge of Surrealism, p. 345).

Rather interesting in Tolkien’s use of this idea is that Luthien mimics both a flower and moonlight, two diverse natural phenomena.  It nicely captures Caillois’s point: “Nature is one.  Its laws are everywhere the same, or at least, they are in accord and coherent and correspond to each other in different kingdoms, longitudes, and latitudes” (p. 344).