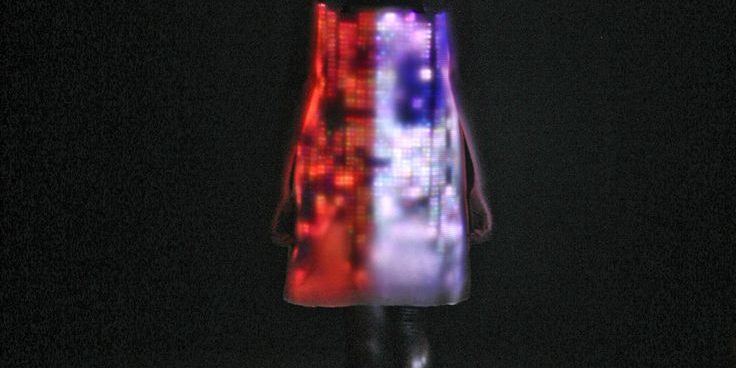 Emmanuel Falque (b. 1963-) is arguably France’s leading Catholic philosopher theologian.  His books are routinely translated into English.  They are dense and rich, ranging over the seminal thinkers of European philosophy and theology, psycho-analysis, and the Bible.

He is a professor at the Catholic Institute of Paris and The Wedding Feast of the Lamb advances a truly shocking thesis.  He is the first significant Catholic thinker in a thousand years to deny creatio ex nihilio.  Unless I am missing something, Falque reintroduces Averroism back into Catholic theology.

By Averroism, I mean the idea that prime matter is an original eternal principle uncreated by God and one which resists integration with form.  Averroes is the Latin name of the medieval Islamic Aristotelian philosopher, Ibn Rushd (1126-1198).  His commentaries on Aristotle helped raise Christian thinking to new heights even whilst thinkers like Aquinas carefully modified his naturalism, which they found incompatible with Christian metaphysics.

Let’s first see what Falque says, then review the Christian encounter with Averroism in the Middle Ages, and then conclude with the significance of the debate.

Falque is driven to his astonishing position not by a desire to return to medieval Islamic Aristotelianism, but by his wish to shake off post-modernism and the long shadow cast over French thought by psycho-analysist Jacques Lacan.  Most impressive about Falque as a thinker is his effort to make Christian belief legible in the utterly modern register of contemporary European philosophy.  Nietzsche and Deleuze grace his pages, not Aquinas and Scotus.

The Wedding Feast of the Lamb is about the metaphysical and anthropological implications of the Eucharist.  Falque thinks sacramental theology makes common cause with some contemporary trends in European thinking that clip the wings of Lacan.

Lacan bestrides post-modernism.  He argues that the very core of our personal identity is inescapably bound up with language.  For this reason, you and I are never truly present to ourselves.  To give this a contemporary flavour: If you have ever done yoga and been told by the instructor to calm your breathing and find the center of yourself, Lacan can only guffaw.  Language is a series of signs that play off one another and only have meaning because a part of an extended chain of meaning.  For this reason, our very sense of self, our capacity to know, reflect, and explain our personal selves, is also inevitably spread along the chain.  We are always distant from ourselves, or in post-modern speak, alienated: the cohesion of our personhood perpetually deferred.

This theory actually gives Lacan’s thought a certain conservative character as persons are always looking back, caught in a retrospective of the original dispersion of the psyche.  Our psychological integrity, argues Lacan, was shattered in a cascade of language events that spiraled every which way in the early relationships we had with our parents, siblings, teachers and sports coaches, doctors and nurses, and on and on.

Not mentioning Lacan by name, but readily speaking about psychoanalysis – the book is dedicated to psycho-analyst Sabine Fos-Falque, who is perhaps his wife? – Falque denies that language is constitutive of who we are.  He argues instead that Christ’s words at the Last Supper –“Take, eat; this is my body” – is man’s full encounter with, and the divine transformation of, an ontological stratum resistant to language (The Wedding Feast of the Lamb, pp. 24-25).  This stratum is what the Greeks called Chaos and Genesis terms Tohu-Bohu or what, in us, figures as the unconscious or drives, the “obscurity” of passions and impulses.  The body, our animality, reaches into us out of an abyss or subterranean cavities (The Wedding Feast of the Lamb, pp. 6-7, 238): “where the “mass of sensations” escapes all signification and thus also from phenomenology, which is caught up in the mysteries of the signifier” (p. 25).

Catholic sacramental theology agrees with Nietzsche, Heidegger, and Deleuze: “It is a part of the darkness in humankind, made up of passions and drives, which the mirages deriving from signifying in phenomenology are wrong to evacuate” (The Wedding Feast of the Lamb, p. 15).

In Greek thinking, argues Falque, Chaos is originary, that is, it has effects that are neither integrated with the cosmos nor derived from the organizing principles of beauty and order.  It is the reason why the human is such a troubled creature.

The idea of an abyss prior to the creation of the universe is also found in the Semitic tradition, he contends, with the radical idea of creation ex nihilo likely only dating to Tertullian in the third century.  Falque leaves us in no doubt:

“Following this interpretation, returning now to my particular perspective, we can conclude that the original opening or yawning gap is always there, at the heart of Hellenism (Chaos), or Judaism (Tohu-Bohu), or Christianity (de nihilo or ex nihilo).  The Earth “formless and void” is not easily covered, and God’s prerogative in starting creation does not preclude the fact that something will remain of the opening and the yawning gap, and even of a confusion and jumble that is not easily assimilated.  It is precisely this that confronts God himself, at the moment of creation – of creating us.  And it is what we ourselves are confronted with, so far as our own passions are concerned…” (The Wedding Feast of the Lamb, p. 17: italics in the original).

This passage is truly remarkable.  I have not consulted the French, but assume the translation is good.  This passage does deny creation from nothing that has been a staple of orthodox Catholic theology for nearly two thousand years.

Interestingly, Falque follows the contours of a medieval debate: a thinker’s account of the passions followed from his sense of the bond of form and prime matter.  Aquinas bound them intimately and used diplomatic metaphors for the relationship between reason and drives.  His student, Giles of Rome, bound them loosely and relied on military metaphors: Giles reasoning that harmonization of loosely bonded principles would take force.  A talking cure is possible on the former model, the latter not.  The former can tolerate a sprightly body, so to say, the latter must needs compel docility in the body.

In the high Middle Ages, the debates about matter and how matter affected the drives – with all its implications for moral theology and the possibility of the bodily resurrection – occurred as encounters with, and exegesis of, the Aristotelian commentaries of Averroes.

Aristotle was first introduced into the West through Latin translations of Arabic and those translations came with commentaries by Averroes attached.  Aquinas took the hardest line, arguing that Averroes had things backward: matter had no independent existence from form at all; it was neither a substance, a thing, or an organizing principle.  Averroes had misunderstood Aristotle, he argued.  Put differently, Aquinas would be quite happy with Lacan’s formulation that there is no identity (matter) without language (form).  Aquinas called this idea the concreatum of matter and form.[1]

“Chaos then goes deep down into our emotions as well as into our drives and into our physiological and instinctive bodies.  It starts as a kind of bottomless descent into our own animality; in that way it ensures that our embodiment, or our drives, reach into what we live without ever being able to signify what it is that we live…” (The Wedding Feast of the Lamb, p. 26).

Here, Falque distances himself from Lacan, but also Aquinas.  Speech and flesh do not map onto one another: “Speech backs up the flesh but can never substitute for it” (The Wedding Feast of the Lamb, p. 67).

Why does his Averroism matter?  In our days of tolerance and diversity, can’t Catholic theologians pick and choose their intellectual friendship groups?

At the end of the book, Falque mentions he is working on a book about sin.  That makes perfect sense: his metaphysically informed philosophical anthropology will have all manner of knock-on effects for moral theology.  Let’s sound three cautions.

His account of the unconscious is the one of popular imagination: volatile drives surging, an Id ripping through the fabric of self-assured consciousness.  This is the stuff of much detective fiction, and it is interesting to see him reclaiming it post-Lacan.  Perhaps it has some truth, but Lacan certainly doubts it.  The unconscious on his model is our dispersion along the signifying chain; the loss of self-possession that stems from the misrecognition of our situation, rather than a cauldron of appetites cooking our reason and will.

Falque has a sort of quanta of conflicting energies view of the unconscious.  It is also resistant to language, as his broader account of sexuality makes clear.  About the conjugal act, he writes: “the erotic coming together of body with body takes precedence over the conceptual exchange of word for word” (The Wedding Feast of the Lamb, p. 68).  It is not that Lacan denies potent psychological ruptures or confusions, but he does deny there are any original ferocities or unions independent of what meanings a civilization attaches to family, love, sex, marriage, social recognition, etc.  For the host of reasons Lacan gives, I think this has to be right: body, flesh, and eroticism are all expressions of the Thomistic concreatum.

Falque’s metaphysically conflictual moral psychology might not have the philosophical pedigree he thinks.  The great Jesuit theologian Erich Przywara (1889-1972) gives a very different account of the Greek conception of nature (Analogia Entis [Eerdmans, 2014], pp. 489-90).  He argues that the Greeks tried to balance two data points: the pull of change and the experience of stability.  In philosophical terms, they tried to strike a balance between equivocity (tendency towards dispersion) and univocity (equilibrium and symmetry, and a divine sense of order).  In Przywara’s terms, Falque has made Chaos into an equivocal principle and made it like an anchor, constantly drawing us away from balance (analogy).  He puts too great a weight on change, the “flux” he identifies inside us (The Wedding Feast of the Lamb, p. 65).

The metaphysics of analogy was affirmed by the Fourth Lateran Council in 1215 and it was in light of this decision that Aquinas confronted Averroes.  What was at stake is the amount of disorder posited as basic and the scope of reason to manage drives.  Aquinas’s concreatum will flourish in the Enlightenment tradition of balance and harmony stemming from Shaftesbury.  It cements the ethics of sympathy and anchors fashion’s greatest moral contribution: an ethos of adornment.

[1] I discuss the medieval debates around Averroes in the opening chapters of Ecstatic Morality and Sexual Politics (Fordham University Press, 2005) and Erich Przywara and Post-Modern Natural Law (University of Notre Dame Press, 2019).

Dress and mimickry in Tolkien
December 27, 2018