Is Under Armour a morally responsible company? 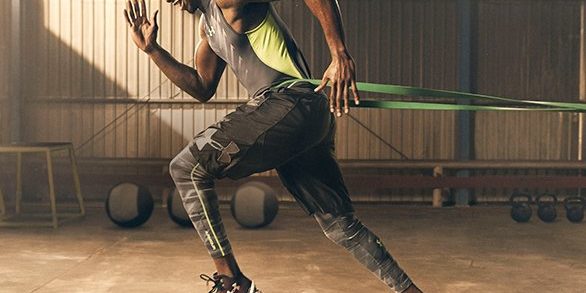 As a resident of Baltimore City, I am delighted Under Armour is thriving. Kevin Plank, the founder of the sports wear company, is justifiably proud of what he has accomplished and the good the company does. In a recent interview, he has strongly affirmed the company’s moral character (https://www.fastcompany.com/3065326/the-fast-company-innovation-festival/under-armours-founder-makes-a-passionate-defense-of-big).

He points to two things:

Under Armour is a 5 billion a year company that provides a huge number of jobs overseas.

Plans are afoot for an extensive redevelopment of an old industrial space in Baltimore City with shops, apartments, eateries, and parks.

Plank expresses a position that is familiar from the free market ideas of Ronald Reagan and Margaret Thatcher. Under Armour’s core business provides garment jobs to poor people overseas, white-collar jobs to business majors generated by the plethora of colleges on America’s East Coast, and tax revenue to Baltimore. Today this is the status quo position.

From Left and Right, free markets are being criticized for leaving behind populations local to thriving companies. In the 2016 US presidential election, Bernie Saunders from the Left and Donald Trump from the Right made this criticism. Hillary Clinton represented the status quo, the long inheritance of Ronald Reagan. Hillary Clinton lost the election because the old industrial heartland of the Mid-West in the USA – which had voted for President Obama – voted against offshoring.

The two things Plank identifies as moral are indeed good but it is hardly CSR. Rather are they the straightforward consequences of Under Armour being a big company and a brand. CSR is the claim that for a company to be moral more is required than core business and paying taxes (please see my post at Law & Liberty: http://www.libertylawsite.org/2016/03/23/a-better-account-of-corporate-social-responsibility/).

Under Armour’s commitment to Baltimore is not to provide manufacturing jobs to the large number of poor residents in the city. It is to build the brand by developing a park that offers shopping and apartments to people who can afford these things. The garment industry jobs are firmly overseas where wages are low facilitating high margins. I also assume – as per my Chapter 7 – that middlemen populate the supply chain of Under Armour to maximize market agility.

Admittedly, more needs to be said. How realistic is re-shoring given America’s infrastructure problems, poor education, and broad collapse of blue-collar know-how? Are there adequate ways to have local commitments without re-shored manufacturing? Is the point moot with the coming robot-revolution? My next few posts will address these questions.