Is Lady Gaga a Nazi? 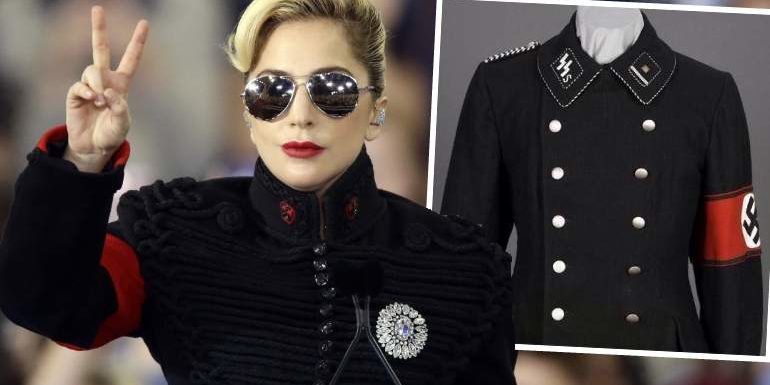 There are lots of names to throw at political opponents. Tsarist, totalitarian, falangist, liberal, communist, ultramontanist, but the two perennial favourites are undoubtedly, fascist and Nazi. The media is awash with Nazi accusations these days. From the Right, we hear Lady Gaga is a Nazi (http://www.dailywire.com/news/10600/why-did-lady-gaga-introduce-hillary-while-dressed-hank-berrien) and from the Left that Donald Trump is one, too. Well-known TV personalities like Joe Scarborough and Stephen Colbert have pushed the comparison. We have it from no less an authority than George Clooney that Trump is a “xenophobic fascist.” And a true authority, the eminent British historian, Simon Schama, is warning us about the rise of Hitlerism after Donald Trump’s election (http://www.telegraph.co.uk/news/2016/11/10/simon-schama-defends-comparing-donald-trumps-election-win-to-th/).

Similar to the USA, the summer Brexit vote sent British media into overdrive with comparisons to Nazism. Arguments about sovereignty, equity, and the democratic deficit built into EU governance are all quite beside the point: the vote shows rather the enduring power of Nazi propaganda. After all, don’t British plumbers complain about Polish plumbers taking their jobs? Poor ISIL do not make the grade: in a recent newspaper the best they could do was “repressed Nazis.”

Despite being an accusation so readily used, most people likely could not easily identify the primary political attributes of a fascist. Even with the Nazi, people are likely to have only vague ideas about the Gestapo, Jews in death camps, Brown Shirts, or, the word of the moment, hate. As the fuss about Lady Gaga shows, most fixate on the uniforms.

Aurel Kolnai’s 1938 War Against the West (WAW) – a massive 700-pages – is the most detailed, analytical documenting of the thought-world of Nazism extant. Despite the media’s keen sense both here and in the United Kingdom that Nazism is on the rise again, the overwhelming impression on reading WAW is just how very strange was Nazi thinking. Today’s partisans of Left and Right just are not so bizarre.

Kolnai parses the political options on the Right: he distinguishes conservatism and reaction from Nazism, and Nazism from fascism. Conservatism tries to protect still existing pockets of privilege from erosion by progressivism whilst reaction seeks to resuscitate abolished privilege: Nazism, however, aims at a root and branch remaking of society, comparable in ambition to the French Revolution.

This is what distinguishes Nazism from fascism. Both are subversive but essential for Kolnai is whether either offers any shelter to the abiding values of civilization. He believed no compromise with Nazism possible – and was something of a lone voice on that score – because Nazism saw nothing of value in the Enlightenment, the Christian Middle Ages, or Europe’s Greco-Roman heritage. It desired a great leap back into the obscure bonds and practices of the Teutonic tribes. Universal principles of law, morals, science, and the unity of the human species, were all discarded. To the Nazi, Mussolini’s fascistic formula – “liberty of the state and of man in the state” – was nowhere near revolutionary enough. It still clung to the idea of distinguishable poles: persons and state. But Nazism expressed a “weird idealism of tyranny:” the complete abolition of the autonomy of persons in the will of the state. And the state was no mere Roman bureaucracy managing otherwise self-directed lives but the very vitality of a race sprouting unreservedly in the gestures, voice, and mien of the Führer. Fascism still thinks in terms of distinction, Nazism resolutely in terms of identity.

However mangled, ordinary civilizational values find a degree of shelter in the narrowed spaces still left to persons in fascist politics. Having moved race to the absolute centre of its politics, however, Nazism reduces persons to elemental forces and rids them of will, thought, autonomy, and eccentricity. In consequence, the delicate spanning of personal appetite and civilizational offerings was eliminated in Nazi Germany. This abandonment of self in race had a long gestation.

Right at the start of WAW, Kolnai makes a surprising comment: “Klages is not far from Freud.” Ludwig Klages, described by Kolnai as a highly admired Dionysian, was a highly regarded German advocate of vitalism. His biocentrism (biozentrismus), the folding of metaphysics into biology, easily lent itself to the race preoccupations of the Nazis and helped give them intellectual standing. They simply exploited patterns in contemporary German thought.

By his early twenties, Kolnai was a minor participant in the Vienna Circle, having authored his first book at 22, Psychoanalysis and Sociology. However, in 1925, and in the presence of Freud, he read a paper making a definitive break with Freud: Kolnai arguing that Freud’s focus on antagonistic unreflective psychological drives marginalized the deference that every civilization needs to pay to the objective order of values.

Kolnai stands in a long line of moral thinkers committed to the objectivity of values: amongst many others, Plato, Aquinas, Thomas Reid, and the Earl of Shaftesbury. Lord Shaftesbury speaks for them all, writing: “there is a power in numbers, harmony, proportion and beauty of every kind, which naturally captivates the heart and raises the imagination to an opinion or conceit of something majestic and divine.” Civilisations exist, thinks Kolnai, to ensure the refinement of human persons. Refinement requires deference to myriad moral, aesthetic, and technical values that stand above us, not a fascination with vitalism. Freud is philosophically confused: his fascinations will only stunt personality. Emancipation from the value hierarchy is not freedom but barbarity.

Nazi “pagan romantic vitalism” radicalized all of this. It celebrated the Männerbund, a bond “differing at the very outset both from the natural and traditional forms of community and allegiance, such as family, patriarchal kingship, or settled social customs – and from the rational and contractual type of association,” such as trade unions, social clubs, and professional bodies, Kolnai explains. Nazism knows no moderating analogy but flips between univocity – “tribal self-enclosure” – and equivocity – a complete detachment from the inherited markers of Western civilization.

Nazi texts are replete with talk of “one circle, one type” and “our moral kinsmen.” This tribal egotism, as Kolnai terms it, champions a circle of the Elect or Primaries (military) distinct from Secondaries (the bourgeoisie). The Primaries are a corps or secret society of young unmarried men exhibiting a “swiftly reacting vitality.” This circle of vitalism gives rise to a peculiar breed of men, a law unto themselves, recipients of a privileged and revealed knowledge, a self-idolisation. It is this univocity that explains the race hatred and anti-Judaism of National Socialism.

Bund valorizes “man-to-man Eros,” a “primitive force,” an “instinct of combination” contrasting with the sexual impulse that gives rise to births and family (Secondaries). Indeed, the life of the Bund is austere and chaste; a veneration of the male body with an admixture of “Doric harshness.” This biocentrism explains the two tendencies of Nazism, its univocity and equivocity.

Human society is rooted in “sexual, erotical, instinctual, irrational forces” but vitalism separates into two dynamic directions: family (Secondaries) and state building (Primaries). The tribal egotism of the Bund opposes the “banal society” of family eros. The adversary of the Männerbund is “the system of Urbanity:” the social thinness of property relations and business corporations which are opposed to soldiery as the prototype of community. The Bund flips from univocity to equivocity: “real heroic soldierliness can only subsist as a fundamental law of life in a thoroughly unbourgeois society;” there is no love of the good – whether of persons or the goods of fashion – only love of the hero. Kolnai cites Hitler’s claim that the struggle for existence annuls “aesthetical obligations.” This equivocity between Nazism and the inheritance of Western civilization, identifies the enemy as the “educated private gentleman of property” who “sets the fashion” and thus Nazism rejects something it rather hilariously identified as “the English spirit of Viking Liberalism.”

This flipping between tribal univocity and civilizational equivocity, Kolnai arrestingly captures in the idea of Nazism as re-primitivism. It is a useful yardstick to assess political movements and threats. Listening to pundits recently, you might expect when getting off the airplane at either of London’s two massive airports these days to enter a London cast back into the Stone Age. Brexit was not re-primitivism and Leave voters are not Nazis. Trump is no Nazi and nor is Lady Gaga. ISIL on the other hand…