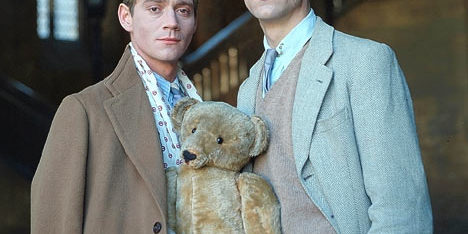 In 3 years, the 1981 Granada TV adaptation of Evelyn Waugh’s classic novel, Brideshead Revisited, will be forty years old.  It’s hard to believe that TV from forty years ago can look so fresh and remain psychologically so acute.

In Indianapolis recently, I picked up the dvd set of the 25th Anniversary edition and have just started to re-watch the series.  It really is astonishing: as story telling, fashion, psychology, aesthetics, and faith.  I will write something more detailed soon, but for now: go and watch it!

Amongst many themes, the role of the First World War in causing the collapse of the British aristocracy is prominent.  The theme of privilege and decay is also found in a good article on the wellness industry (https://quartzy.qz.com/1256525/the-wellness-industry-thrives-on-the-fear-of-death/).

The author makes two principal points: the industry needs to acknowledge it is in service of privilege and obsessing about what you eat is to misidentify the source of wellness.  As is typical, the article assumes privilege is bad.  V&R Chapter 7 rejects this claim when I survey Aurel Kolnai’s arguments for the tight connection between privilege and moral goodness.

The second point links to V&R Chapter 2, where I discuss the popes.  In the article, Rosie Spinks argues that loneliness is most damaging to well being.  Pope Benedict calls it the root of poverty.  Ms. Spinks comes close to saying, but does not, that religion seems to offer what is missing in the lives of those most committed to the wellness movement.  She makes the interesting observation that the ritualized care wellness devotees take with food preparation mimics the actions of the priest at the altar.

Brideshead Revisited is fundamentally the story of how a secular aesthete converts to Catholicism.  As I say, it remains psychologically acute.