Przywara at the limits of chic 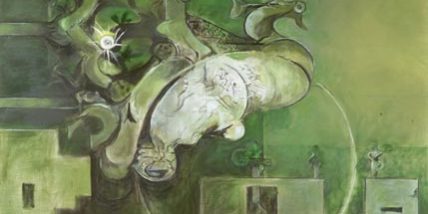 Fashion sits atop the moral problem of vanity. As per V&R Chapter 1, sometime in the eighteenth century vanity gained positive moral standing, albeit only in a nuanced way. The core problem of vanity is the over-estimation of self in face of higher and abiding truths: whether our fascination with glamorous refinement (fashion) competes with those values most worthy of veneration. A case in point is embryo jewellery.

When a woman having sought out IVF wishes to memorialize the embryos she did not carry to term, an Australian jeweller will entomb the embryo in a reliquary to grace ankle, wrist or neck. Moral confusion abounds. For the secular, this is a trade in the macabre akin to Victorians taking photographs besides their dead loved ones.   (http://www.slate.com/blogs/xx_factor/2017/05/05/embryo_jewelry_is_creepy_but_how_creepy.html). There is an obvious disanalogy that the jeweller herself is close to seeing when she argues that her art houses the sacred. On this account, her business would be close to simony (Thomas Aquinas, Summa theologica, II-II, q. 100): selling-on spiritual gifts.

A while ago, I discussed the moral standing of human skin clothes (http://www.ethicsoffashion.com/who-are-you-wearing-tonight/) but this is a step beyond: this jewellery houses the sacred because it involves the taking of human life. The women involved are not indifferent to these early humans but nor are they averse to killing them either. How is this metaphysically possible? This commerce in early human life follows upon metaphysical decapitation, a phenomenon identified by Przywara in 1932.

On the one hand we are told embryos have no rights because they have no heads (equivocity): having no head, they are not sentient nor can they have personal agency needing respect. On the other hand, they are the most cherished of all things: their stem cells are pluriform and can grow to make any body part (univocity). As the embryo has no personal form or structure, its parts can be stripped out and made to serve and regenerate true human lives (head and body).

Both attitudes are present in IVF and are at the root of this jewellery trade. The embryo is venerated in a reliquary because of its structure (univocity): its sibling is a beautiful cherished baby, and it could just as easily have been chosen instead of its sibling. But because it is potent biological material it can be used instrumentally, it is actually a human being conceived as property (a slave), ready to be mastered (equivocity).

The liberal metaphysics of the embryo is an incoherent mess. Except, it is what Przywara predicts. Without the analogia entis, which spans and holds in tension both univocity and equivocity, each with their correct insight into structure and change, metaphysics whips back and forth between the two, a univocal system flipping over into equivocity and vice versa. The whole is unsettled, valuing and disvaluing an object at the same time, and unable to sustain a true humanism or civilizational act.