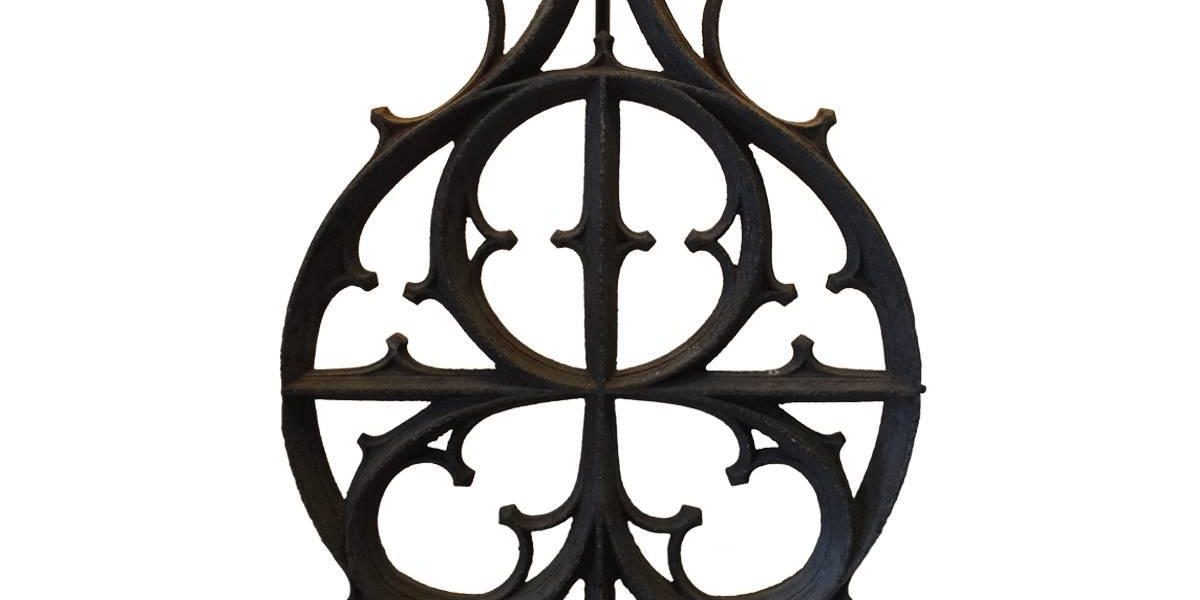 *I am delighted that Chris Wojtulewicz is making a new post.  Chris is an English Catholic theologian interested in post-modernism.  He is the author of monographs on medieval mysticism, especially Meister Eckhart, and is currently at work on a book about French theorist Jacques Lacan and the bodily resurrection.  His previous post is here: http://www.ethicsoffashion.com/fabric-of-the-saints/

For Erich Przywara (1889-1972) art which purely focuses on the beautiful – that which is ‘art for art’s sake’ – can never of necessity be sacred, still less Christian sacred art. Beauty is indeed integral to Christian sacred art, but it is only in virtue of the oscillation between other factors which must also be present that it can become both sacred and Christian (throughout I cite Przywara’s superb essay, “Beautiful, Sacred, Christian” found in his Analogia Entis [see V&R Chapter 8 for more]).

Jago’s Habemus Hominem brings together a number of things which Przywara highlights as important; but a question remains as to their unifying features. Do they achieve the truly analogous relation to one another which is expressed by the Fourth Lateran Council’s emphasis on dissimilarity in and beyond every similarity in the relationship between God and man?

In the ancient Greek emphasis on form, the kαλόν of art is found in the ‘essentializing simplification’ and ‘idealization of the really realistic’, captured by the idealised form in sculpture. Yet at the same time, in what Przywara acknowledges to be the essence of Roman art, the ‘pulchrum-bellum‘, one finds rather, on the one hand, the ‘pluriformity of skin, flesh, and body’ in a kind of ‘superhumanization’ of the creaturely (pulchrum) – the abundance of excess as a kind of glory; and the bellum as the sweetness of Roman ‘playful luxuriousness’, on the other. Przywara puts sculpture essentially in the realm of the pulchrum, and music in the realm of the bellum. Yet it is only with the advent of the German term schön that Przywara thinks we move one step closer to the Christian meaning of art, for it is within schön that the artisan discovers the place of ‘fragility’. At this point, a subtlety is introduced – itself fragile – which best brings about the right analogical relationship between the constitutive elements of Christian art: namely, the analogical relationship between the divine and the creaturely.

To be true to the German concept of schön, Przywara thinks, Christian art must allow for a ‘suspension between eternity and transience’. There is, he states, a ‘maximal risk’ in this, because extending too far into the eternal or the transient fractions art out into the various artistic styles of history: from Romanesque, Egyptian, Aztecan or Incan, to the brutalist and Gothic. It is only in the Gothic, Przywara thinks, that the right kind of suspension between these poles is properly conceived. What is at stake is how creaturely ‘fragility’ becomes the means by which the eternal is manifest.

Jago’s bust of Benedict XVI is, in its content, a pure instance of human fragility devoid of the kinds of abstract fragilities which characterise either the Romanesque or the Gothic: the subject has become the frail old man. It is not without significance, then, that this particular and graphic display of fragility is brought about by a stripping away of marble – a very literal undressing of the original sculpture – such that the fragility manifest is captured didactically by the contrast between the clothed and the unclothed. In a Hegelian sense, the bust is not only a statement in its own right, but also in the what-it-no-longer-is.

Unlike the Gothic, the fragility of transience is expressed here in the frailty of the human body, rather than in the seeming impossibility of gravity-defying structures in the cathedral. The human frailty is expressed in a new way, and in a new kind of fabric: the suggestion of skeletal structure thinly veiled by paper-thin, aged flesh. This puts into juxtaposition the unclothing of vestments with a re-clothing in human flesh, the chiselling away of externality and the acquiescence of a reasserted form. The new form of the sculpture manifests the pulchrum in its emphasis on the ‘pluriformity of skin, flesh, and body’, and the bellum of unparalleled executed skill; yet it is devoid of the ideal form within the ‘really realistic’ of the kαλόν. It is precisely this last aspect which is asserted only insofar as it has come to reveal something which was previously hidden: that the essence of the bust is a play on the relation between its former state and its present state. What the sculpture has now taken on is a form of fragility, though only through a hyperrealism. It is a revelation of man as memento mori through a deduction or removal of mass. It gestures towards death, but without simplifying or essentialising it in kαλόν. This is to say that it points to, rather than embodies, the fragility of its subject – and herein lies a disconnect which renders analogy impossible. The fragility of schön, as Przywara describes it, is in the sense that the object begs to be handled as ‘a fine and precious fabric which is about to “break apart”.’ This can only be achieved insofar as the fragile and creaturely becomes the point of contact with the divine and eternal. But it is not clear, even with close inspection, where this point of contact is in Habemus Hominem – or even if the eternal is manifest at all.

The solidity of Jago’s original sculpture had the hallmarks of Przywara’s conception of the Romanesque: the transient structure of the pope as a man clad in the iron-like solidity of polished marble clothes. Stiff and immovable, the solidity of the structure was unquestionable in its original incarnation, and looked out onto the ‘vision of the eternal.’ through the clothes which hung off Benedict’s arms and shoulders with the roundness of any Romanesque barrel vault. The clothes had a certain quality of the ‘primitive and exotic shapelessness’ of which the Romanesque was sometimes capable. Now Benedict’s arms are more like the flying buttresses of the Gothic, morbidly letting in more light by means of emaciation, and detailed with the web-like intricacy of the Gothic in the fine detail of the aged skin. This negates the anterior, polished marble solidity by means of the matte translucency of flesh.

Habemus Hominem achieves at least something of the Gothic intimation of transience, which Przywara describes as: ‘making hard stones so subtle that they are not only as fragile as a “breath”, but downright close to “blowing away”.’ It is at least a step in the direction of such a subtlety. The real question that remains is whether, in and through this transience, the eternal is also manifest. It cannot be found in the remaining papal insignia, of which the zuchetto retains the solid, polished marble finish of the original, for it is not in contrapuntal intersection with the “not fragile” that the heavenly is manifest. The essence of the Gothic achievement is in the heavenly becoming in and through itself as light and transparent as air. The answer, then, is not in juxtaposition, but in analogy. Where, then, is the eternal in Jago’s sculpture? Has it been sacrificed on the altar of a shocking realism?