Apparel makes the man? The case of a shirtless Pope Benedict 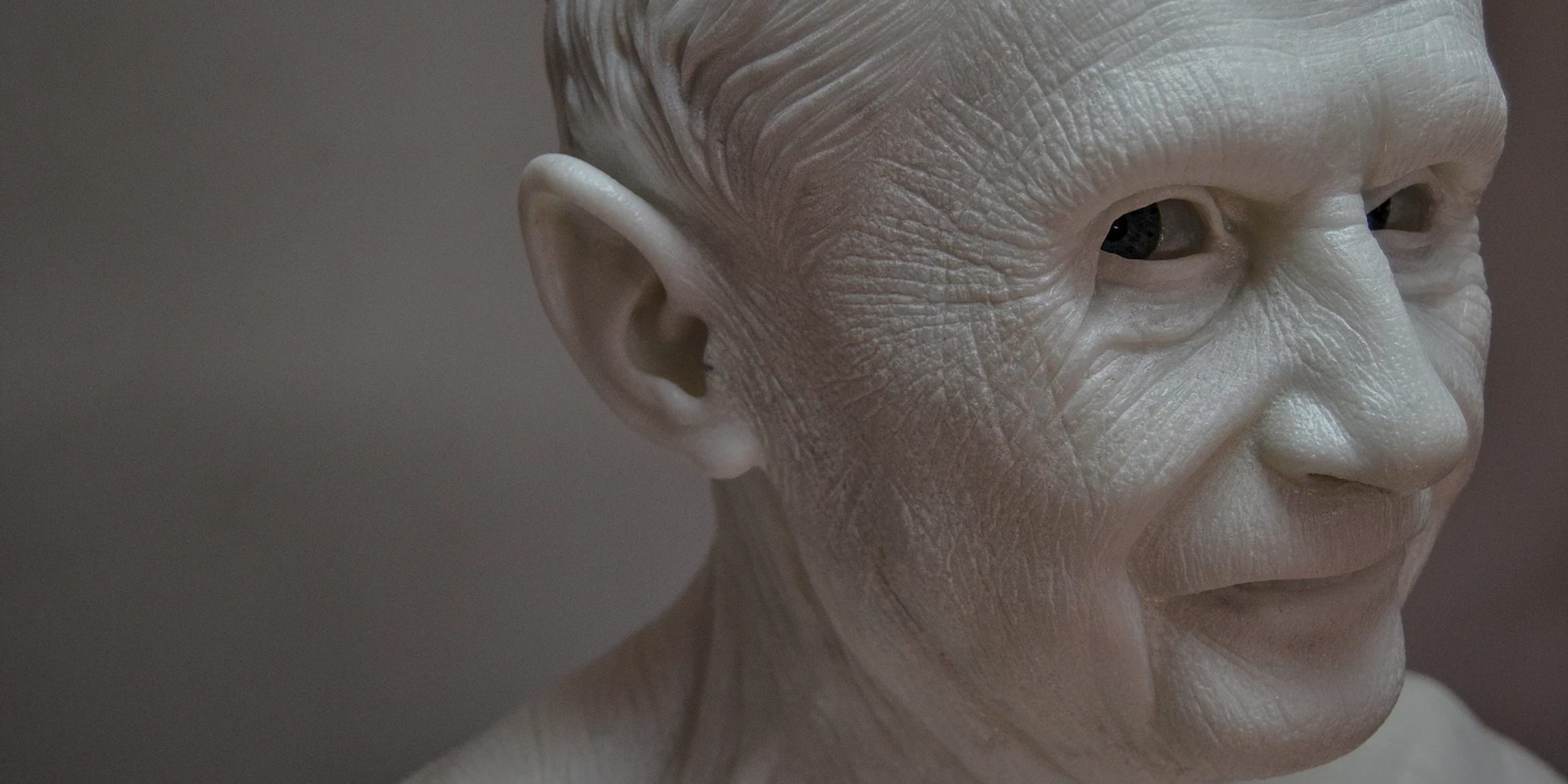 Italian sculptor Jago has made a shirtless bust of Pope Benedict.  The bust began with the pope clothed but upon his retirement from the active papacy, Jago chipped away the clothing.

I am not aware of controversy, though maybe such exists.  For me, it evokes the humility we saw at the end of Saint John Paul’s reign when he refused to isolate himself and hide his increasing frailties (https://cruxnow.com/vatican/2018/02/21/shirtless-statue-pope-benedict-causes-art-sensation-rome/).

Like V&R, Jago is a huge admirer of Benedict but I would dispute his claim that the bust shows us the humanity of Benedict.  In some sense, that is true, but not if it also means humanity clothed is humanity obscured.

In psychoanalysis, clothing is part of identity.  In Jung, the self is perplexed precisely because articulated inside a collective unconscious that has all manner of symbolic contents, ranging from the light from planetary bodies, tactile qualities, kinds of animals, and enrobed gods.  Persons are crafted by these contents.  In Lacan, you and I are an inheritance, thick with symbolic meanings, and persons relate essentially to images of themselves dressed in expectations mediated by the language — familial, social, political, aesthetic, and religious — of civilisations.  Nakedness is never bare.

Similar are V&R’s Catholic touchstones, the thinking of Scheler and Przywara.  For Przywara, please see Chris Wojtulewicz’s accompanying post.  The Nature of Sympathy offers Scheler’s philosophical anthropology and psychology and there he argues for a layered approach to identity.  A person is a unique spiritual centre of action and has the liberty to disclose or conceal.  However, a person also has emotion and a body.  These layers of being are shared with others, each person taking on identity from other persons, animals, and landscapes in a great festival of pantomime.  Once more, nakedness is never bare.

I am left wondering whether John Paul II might argue that the Jago Benedict is an intimation of what he calls “original nakedness:” a case of flesh approximating the humble return to God’s deepest intentions for us.  I am going to have re-engage with JP II on the language of the body (I talked extensively about it in my 2005 Ecstatic Morality and Sexual Politics).