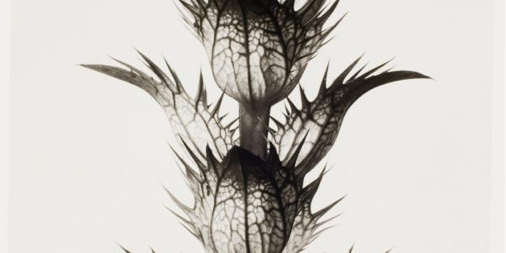 Yiqing Yin, the Franco-Chinese head designer at couture house Poiret, plays with this idea in clothing she casts as “supple armour” (https://couturenotebook.com/couture-news/2012/07/20/yiqing-yin-the-interview).  Yin is the young but highly esteemed couturier tasked with bringing back House Poiret.  The house closed in 1929 (http://www.scmp.com/lifestyle/fashion-beauty/article/2147554/paris-fashion-house-poiret-enjoys-modern-day-renaissance).

First something by Poiret and then by Yin.

Yin is especially interested in naturalism and has taken inspiration from the German photographer, Karl Blossfeldt (d. 1932).  In keeping with V&R’s interest in mimicry, Blossfeldt’s primary focus was “the repetitive patterns found in nature’s textures and forms” (http://www.tamoneillfinearts.com/blossfeldt-biography/).