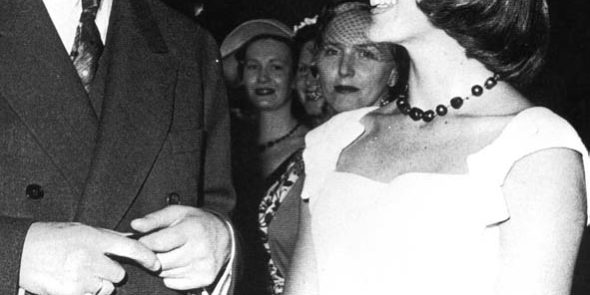 In Ecstatic Morality I show that John Paul II’s theology of the body relies on a high Christology, Christ, an offering metaphysical, the very order of Natural Law. Leahy’s is also a Christological metaphysics: “the beginning of the body, of society, of the new humanity conceived essentially, i.e., conceived qua historical actuality as the Artifactual body of Jesus Christ” (Foundation, 578). For this reason, Leahy is committed to an equally high account of R/revelation. An important passage:

Does clothing support Leahy; does clothing allow any such revelation of unconditioned individuality? No matter my style, my cunning or original articulation of what I have received, I rely on Establishment. What I dispute is the metaphysical opportunity for “the incipient existence of the absolute upbuilding of infinite totalities” (Foundation, 578). Being human, being moral – natural law – is not so liquid as Leahy wants.

I am not an infinite totality because decorated, and this is especially true in an age of fashion. I inherit and defer to patterns, labour, logistics, and capital of others. Decoration is a deferential or obediential attitude to Establishment, a bow to the sovereignty of objects.

I think Leahy is right about the “readability of identity and the body,” for Establishment gives ready access to discrete, extra-mental value-tones: e.g. if I say `peach’ you now have the taste and smell of a peach clear to your mind, and not that of a lemon. We can replicate this value tone in lip balm, soda, and even gin, once we have distilled it into a chemical formula. Think only of a garden: wood and seed being active potencies of colour, texture, movement, space, structure, and scent. Morals have a similar value standing: if I tell you a story about how I met a benefactor or about a civil chat I had with a man on a train whose conversation suddenly flashed with malice, you have clear to mind a range of value tones that make these encounters comprehensible. Lord Shaftesbury, in a beautiful formulation that Leahy could subscribe to, explains this “readability of identity and the body,” writing: “there is a power in numbers, harmony, proportion and beauty of every kind, which naturally captivates the heart and raises the imagination to an opinion or conceit of something majestic and divine.”

This is also to say that sovereignty is deferential, too, that it is bound by an order of values that it tracks and embodies. Agamben and Leahy both overstate the problem of sovereignty, therefore. Obedience to Establishment is actually to bow to a value hierarchy expressed through Establishment. Fashion sometimes expresses this directly when, for example, we dress for public occasions (weddings, opera-going, going to the courts and to Court, and even to football matches) but it always expresses the value hierarchy no matter the occasion. Think only of design, whether gardens, iPhones, cars, or houses.

For Agamben, the urgent task of philosophy is exorcism, not of demons, but the sovereignty of angels. For Leahy, national sovereignty clips the wings of angels: “the angelic body that for the first time knows nothing of walls or classes” (185). Przywara believed the essential teachings of Christianity were all somewhat fraught because keenly aware that the integrity of nature (AE, 229-31) makes tricky the connection between the divine and the natural. Civilizations have a similar integrity. Carl Schmitt, the great advocate of sovereignty, puts it pithily: there is no novum without ovum.[1] Adornment, clothing, comes with borders: ornamentation and privilege with an abiding commons. Liturgy and land, power and subsidiarity, government and distributive justice, faith and design, grace and nature are not opposed. Can the obligations that a people owe to its past and future members be isolated from the laws of inheritance and the privileging of family?

Civilizations are also fragile. It is perhaps for this reason that Aristotle gives as examples of his tenth category clothes and weapons. Famously, Schmitt argues that no politics can avoid the friend-enemy distinction; that sovereignty cannot permanently avoid certain moments of decision when someone, or some small group of persons, invokes the friend-enemy distinction. Schmitt describes this moment in existential terms, stripped of any concrete value guidance. Przywara speaks of the “decisive analogy.” It is not a concept, theory, or principle, but a posture (AE, 375). Sovereignty is not, he insists, fundamentally existential but genuflecting: posture connotes bodily habit, a certain stylized way of articulating the body. A “posture of distance,” as Przywara puts it, is obedience to “the sovereignty of the divine majesty itself.” Przywara seeks to introduce into Schmitt’s idea of sovereign decision a deference to a ritual order sometimes within and sometimes beyond politics: at all times, however, ritual graces the community with the true, good, and beautiful. Sovereignty is not a sui generis revelation of threat but the habit of a civilization; the manner of its appeal to what is richest in it, the conceit it weaves with values to communicate with others. Sovereignty sometimes requires defence but mostly the clothing of a civilization is an appeal to objective value tones, a posture that invites others to stylization.

Leahy’s ethics is a maximalist metaphysics and to such a degree that the body as exterior, as Christ exposed, as, being as the proclamation of the body itself, that is, Christ naked, the body as the passion of the naked Christ, that it is hard to know what could ever be the other side of this Natural Law, what, if anything, about the human could clip the flight of the human. The moral tradition has focused on moral failure and then typically wanted to account for that as a matter of inner propensities, Mandeville’s vile tubes, the innards of the body, but Leahy’s physical ethics relies on the body as pure surface, the body always exposed, the body innocent, not making a show of itself, but showing itself in offering, sacrifice without remainder. Clothing suggests the moral tradition has a careful eye.

Leahy’s global ethics runs counter to Mandeville’s egoist ethics and one reason, amongst many, why Leahy is so interesting is because he rightly presses the egoist on the assumption of a self as an ego isolated from other such detached ego persons. Clearly, Augustine’s Confessions gives a solid philosophical date for a vivid account of self but as late as Aquinas’s argument with Averroes – whether there is a universal mind to which human bodies attach or whether there are discrete conscious selves – the Augustinian belief in self was hardly settled. Leahy is quick to point out that in Aristotle the soul is a community soul: its character as a form is as a fecund act for propagation and social standing (196); in like manner Darwinian ethics also thinks of the “self” as a commons, a communal history and fund of fertility. Aquinas himself did not think the human soul a unique particular but a species made into a discrete singular through union with matter and thus set into space and time.

However murky the intellectual origins of the self, the fact of clothing and adornment suggest that Adam Smith’s declaration that people make parade of their riches and conceal their poverty is a profound insight.[2] It is one shared by Aquinas. Leahy sets his face firmly against this. The infinite surface is “absolutely exposed – absolutely outside” (208). Beyond Sovereignty is the body/Christ always already ecstatic. My position is not that ornament and fashion do not fit Leahy’s model and therefore are immoral; that what I have shown is that Leahy is a puritan or one of Hume’s “severe moralists.” Rather that decoration is moral and this despite rupturing Leahy’s account of persons as metaphysical donation. I appreciate that for Leahy I imply that clothes are vehicles for “the absolute avoidance of responsibility, in the form of the self forgiving forgiving itself self” (Foundation, 577) but I hope to have shown that vanity is a “posture of distance” to self and other.

This was long but thanks for reading — Graham