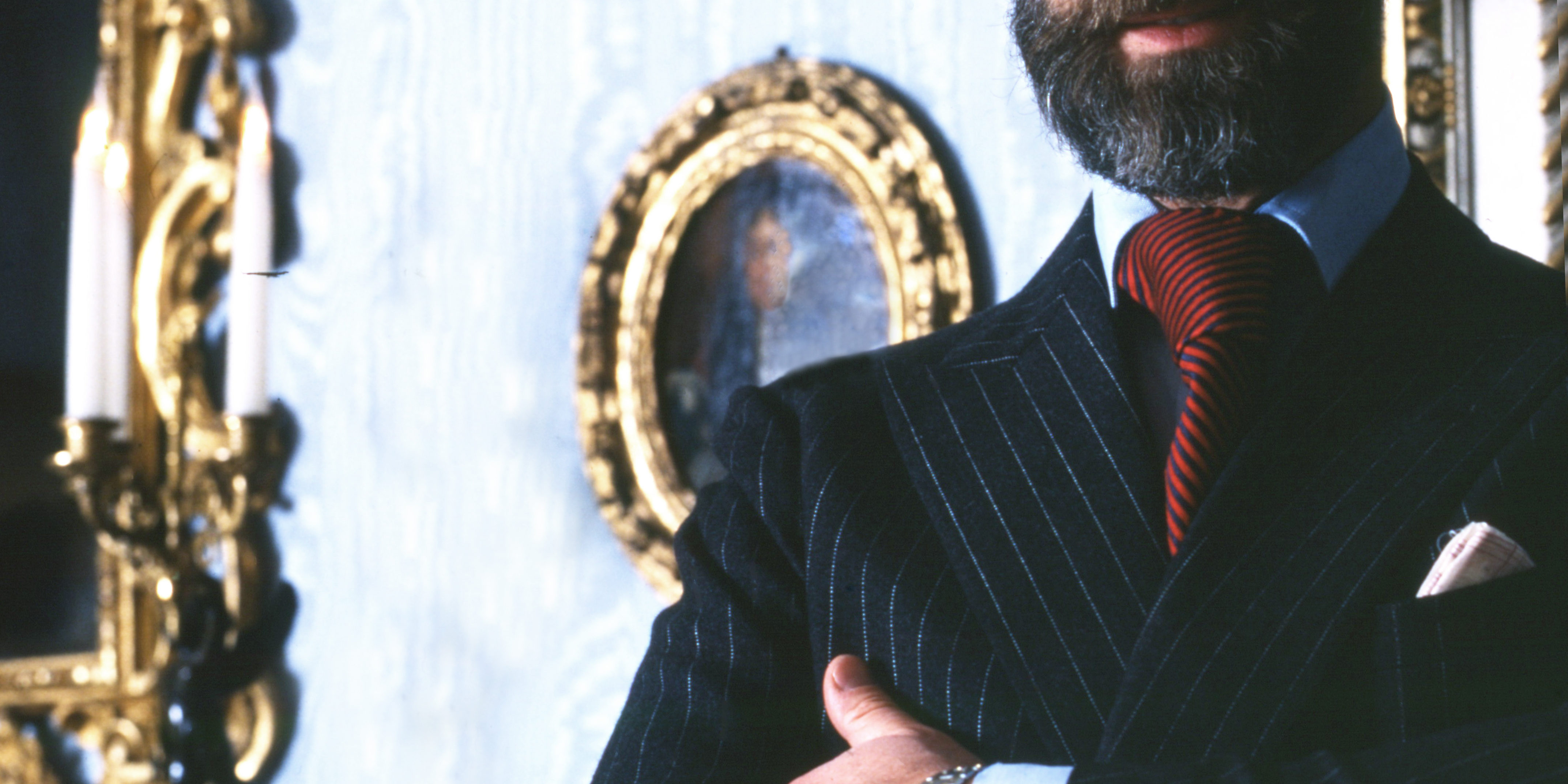 This understanding of vanity is peculiar and, I believe, problematic, but Leahy thinks it mistakes the nature of what sovereignty targets: in Agamben, the body liberated from modern politics is potency no longer forced to act; but for Leahy the body is never reserved (209; Foundation, 577), for “the body itself, the infinite surface,” (189) is the body offering, foundationally Readiness (as per the “Index of the Ethic of Simplicity) (87 & 192): “the beginning in reserve, the buried talent, has now been taken away and given” (Foundation, 580). Thus the heart of Leahy’s natural law: “essence is the absolutely objective I otherwise than presence” (219).

Beyond Sovereignty does not, as in Agamben, push the self to a vanishing point, making the self inapparent (Agamben’s term). For this effectively does the bidding of sovereignty: the point rather is to expose sovereignty’s containment as illicit by casting it as a brake upon the fertility of action. Being wells-up at each and every point, breaking the point in offering. Angels are not at any point in space because they are always offering, service for flourishing: so the body as offering is not at any point, neither in space nor governmental space, but always, already, and everywhere edge (Foundation, 591): action always beyond itself, assisting, steadying, opening ways, giving competency. This is higher law which national or civil law threatens: the body as angelic offering is a rebuke to any sovereignty, any national law (a sort of false self) that would wall (223) or clamp down on the action of “upbuilding” (Foundation, 578).

Action has its wellspring in the following unity: “In the mind of God the creature exists absolutely. In the mind of the creature God exists absolutely” (Foundation, 579). I understand that Leahy is playing on the meaning of “absolutely” (ab-solutus/detached), trying to put some distance between creaturely mind and divine but, still, the unity between the two is too forcefully stated (univocity). The proof is clothes and fashion. Vanity is the culminating dispute between Leahy and Agamben yet both trip up. Agamben overuses vanity whilst Leahy rids us of it. Stressing the emptiness of vanity, Agamben seeks to use the metaphysical thinness of vanity against the spectating power of the modern state (equivocity). In Aquinas, vanity is a barometer of the self, the story a self tells (revelation) about its relations to God and others (identity).[1] Such is the clarifying power of revelation in Leahy that he rids us of vanity metaphysically; the possibility of conceit – conceit of self and Establishment/sovereignty – removed (univocity).

Leahy: “Existence itself for the first time the existence of the passion of Christ” (184) but Christ, the passion of Christ, is Christ stripped bare, Christ naked, and thus, when Leahy writes that the person is self-less offering, surface opened 360 degrees, Christ without Christ, i.e. Christ not enthroned but Christ offering – “the absolute passion of existence” (185) – and “for the first time the very essence of identity” (184), I say, here there is a problem, that I am not naked. I know this is to challenge Leahy’s most central contention: beyond modernity there is no self; flesh, so often thought selfish, manipulating, vain, is, constitutively, global, flesh everywhere offering (39). However, it is my contention that Leahy following a drive in twentieth century philosophy to ever seek out the more elemental ground of thought and being has in fact detached his thinking from a stubborn, recalcitrant, but not for these reasons immoral, phenomenon, ornamentation.[2] We decorate ourselves with clothes, and though clothes do realize Leahy’s unum/with they do not as “out absolutely with/with itself out” (185). Clothes are an index of civilization and with them we form a conceit (Shaftesbury), a story, for ourselves and about ourselves for others (vanity). In this story, plaited together (Przywara) are veneration (God), refinement (Establishment), and style (self). Ornamentation is a wobble in the metaphysical order that blocks both equivocity and univocity.

Borrowing an image from Przywara, sovereignty is akin to a suspension bridge: it links, because it defers to, two discrete but related standings, God and the self. Sovereignty suspended between the two is Establishment, and human life finds its fullness when plaited (AE, 265) together with God (veneration) and Establishment (refinement). This is sovereignty analogically understood: Establishment is not God but reveals Him (not univocal) and conceit is not possible without Establishment[3] yet the self must still stylize (not equivocal).

Establishment refers to the settled institutions of a people and in the West these include the courts, civil service, diplomatic corps, the military and its most famous regiments, the universities, and the church. It also includes the patterns of our ornamentation, the arts of craft and tailoring, the savior-faire of the ateliers, and the commercial institutions that support these. In this light, sovereignty is less menacing: it is the way human life is decorated.

Leahy: “Without plan or plane for the first time conceived in essence Omnipotence itself is indeed absolute nimbleness” (209). I say: the human body has height and disguise by ornament; ornament is the conceit of self, and this is as structural a feature of human life as any other phenomenon needing moral and political analysis. Evidence suggested by genetic changes in clothing lice dates clothing to around 170,000 years ago, about the same time as the oldest human settlements so far discovered, and the oldest human fossils. David Hume thought humans constitutively ornamental. Leahy does not disagree, but there is a nuance:

“What now for the first time is conceived essentially is the Apocalyptic vision: there is no temple in the city, nothing whatsoever is hidden, the body itself is clothing itself, clothes do not cover the body but reveal the essence of the body, manifest the essentially artifactual structure of the body, reveal the world to be such a novelty that man cannot stand even so much apart as to be a participant, so as to (merely) take part in the creation of the world, avoiding thereby the absolute responsibility of creating a new world” (Foundation, 592).

Agamben hollows out the self: Leahy turns the self inside out; but clothes show the self skips away. Leahy agrees with Hume that the human is constitutively artifactual but what are clothes? As Agamben pushes you and I to the inapparent, so Leahy makes us all-too-apparent. Body as unum/with: “the God of Revelation has absolutely no secrets. Omnipotence itself absolutely exposed – absolutely outside – for the first time” (208). The decorated body is not this exorbitant, for clothes as ornament are also style, panache, and flair, and this is what the West’s philosophical tradition tries to capture in talk of the self. Style is a witness both to the Establishment from which it draws and a witness to the self. Decorated clothing plaits together Establishment and self. And this is to also say that there is a place for customary and national law, a place for sovereignty. Decoration gives my body geography, an embossing, and sovereignty is similarly ornamental, a knot of law and land, a plaited commons, the abiding of Establishment, family, and self.

Beyond Sovereignty closes with a discussion of Titian’s Nymph and Shepherd (c. 1576), two lovers resting after sex. The nymph is mostly naked and seen from behind and the shepherd is clothed. About the Titian, Agamben glosses: “Beyond concealment and disconcealment these lovers have initiated each other into their own lack of mystery as their most intimate secret; they mutually forgive each other and expose their vanitas. Bare or clothed, they are no longer either concealed or unconcealed – but rather, inapparent” (220). They are no longer object for a subject, intentionality is suspended, in consciousness but now consciousness not working, but “perfectly inoperative.” The inapparent is workless, without identity, and Leahy glosses: “their “most intimate secret” is their emptiness, their vanitas – out in the open” (221).

Why is being inapparent so crucial to Agamben? Cleverly, he uses vanity against itself. Its emptiness is used to empty sovereignty of its grip upon us, a grip fostered by fashion and spectacle.

Carl Schmitt (d.1985) argues that each epoch forges a “metaphysical image” that legitimates a particular form of government.[4] To discern these images of legitimation is the work of political theology. Heavily influenced by Schmitt, Agamben proposes: “long before the terminology of civil administration and government was developed and fixed [in modern states], it was already firmly constituted in angelology” (KG, 158).[5] Angels are our image. Startlingly, Agamben is sure that any proper assessment of power in modernity lies “in the dry Latin of medieval and baroque treaties on the divine government of the world” (KG, xii).

Continued at Ontology of Clothes III

[1] Please see my discussion in the Introduction to Veneration & Refinement (ethicsoffashion.com).