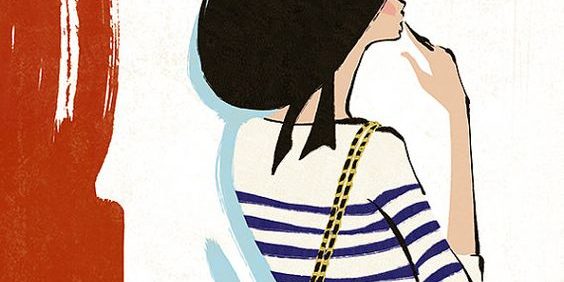 Articles abound about the political meaning of clothes worn on certain occasions or the political significance of words on some jackets.  Such reflection is certainly appropriate but reading this excellent piece by Joel Kotkin (https://www.city-journal.org/html/new-demo-pessimism-15991.html) deepens our understanding of the political role luxury fashion might play.

V&R Chapter 1 assesses David Hume’s argument about the positive political character of luxury.  A basic thrust of V&R is to assert that Hume and Smith are the principal architects of the world you and I now live in and to critically review their arguments.

The always interesting Kotkin has clearly just been at an A-lister academic conference and observes two basics trends.  The detachment of elites from the realities of ordinary life and the potentially explosive surge in populism.  Kotkin was at the conference with European intellectuals but much the same is true of America, and likely other places, too.  Basically, the Tory/Whig divide is back (see V&R Chapter 2).

Populism is tied to place and national identity but elites today are globalist and embrace niche identities.  Here’s how Kotkin puts it:

“European intellectuals at Normandy focused mostly on the cultural roots of continental decline. There was much discussion about the erosion of affiliations that long bound the citizen of European nations to one another. This erosion is most notable among those whom British author David Goodhart calls the “anywheres”—cosmopolitan and largely post-national elites—who generally look down on ordinary, more rooted Europeans, or “somewheres.””

Not all, surely, but some luxury houses will suffer both tendencies.  Likely, many staff at luxury firms see themselves as globalists, proud of their detachment, yet they helm heritage brands: the potency of such brands is tied to land and nation.  Some companies are probably immune from this tension, leadership and national character at one: Hermes and Brunello Cucinelli come to mind.

Is there an ethical problem?  Of course, as a matter of Mandevillean self-interest firms cannot forsake their heritage; their sales depend upon the romance of national identity.  Equally, staff could live in bad faith, having an ironic attitude towards, or even contempt for, the placedness of the brand.  Are companies themselves compelled to be more morally coherent?

Kotkin does not address this question exactly but he does ask readers to wonder whether Europe’s heritage contains important value preferences that should be reaffirmed for the sake of civilization.  Anyone who cares about style and luxury is simply being dishonest if he or she denies that this heritage has value.  If Kotkin is right — that political forces are increasingly detaching themselves from this inheritance, and therewith civilization — then fashion must become more Tory, fashion must commit to Europe’s geography and history.

To be moral, companies must affirm, preserve, and enhance the value preferences that breathed life into them in the first place.