Life: alienation or pantomime? Is Lacan or Scheler right? 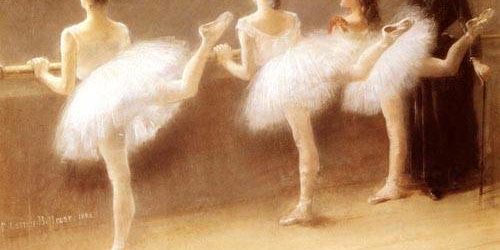 Chapter 5 is the heart of V&R and makes the claim that Scheler’s idea of the estate is the most moral model for business.  Examples there and in the blog show that a number of fashion houses are good approximations to the estate.  Here, I want to contrast Scheler’s 1913 The Nature of Sympathy with Lacan’s 1954 Seminar 2.

Lacan argues that psycho-analytic experience reveals a basic alienation at the heart of human identity.  However, a fable he tells, and images he employs, are likely to assure Scheler that pantomime is basic to human identity, not alienation.

For Lacan, psycho-analysis is necessary not because we are emotionally wounded but because our identity is obscure (Seminar 2, Chapter 4, part 1).

Chapter 4 of Seminar 2 — A materialist definition of the phenomenon of consciousness — offers a fable. 1. Imagine a world with no humans but a machine registers the reflection of a mountain in a lake.  2. Human consciousness is introduced.  What is the relationship between 1 and 2?  It is the subject, spanning the unconscious (1) and the ego (2).

This spanning is fraught, incapable of being resolved: Lacan calls it “the irreducible margin” (Seminar 7, Chapter 18, part 2).  The unconscious (1) is the history of speech, a sediment of all the symbolic interactions down through the ages (Seminar 2, Chapter 4, part 2): an accumulation of all artifacts, manners, institutions, national and imperial histories, etc.  The ego (2) also has a history: a plurality of incoherent and discordant tendencies that merge in a gaze, attaining unity.  These biographical stutterings and gaze relate in fascination (what Lacan calls the mirror stage).  In explanation, Lacan offers the image of a jammed machine: fascinated, the parts stop moving.  This jamming is really a stand-off, a sort of petrifaction.  What petrifies?  Puzzlement, expressed in the question: “Is it me?”  Lacan describes this fascinated puzzlement as a “dialectic of jealousy-sympathy.”  Jealousy because at stake is desire.  Bewildered, the machine’s parts are puzzling over whose desire gets indulged when “in fact [it] is the same desire, since at this level they are one and the same being.”  Cf. Lacan’s discussion of Lebensneid (Seminar 7, Chapter 18, part 2).

The biographical stutterings are in fact particularizations of the unconscious — elementary baby experience is wrapped up in all manner of cultural norms — which un-jams the machine and, as Lacan beautifully, but also revealingly, says, sets “the ballet” going.  Speech or the symbolic (2) makes the ego an “object of exchange,” i.e. parts acknowledged and values appointed.  This gives recognition to the parts and the ballet begins: a “play of symbols” ensues, deals are struck, and desire satisfied.

However, this is not an overcoming of alienation.  It is, in fact, an intensification, for now the subject is stretched between the unconscious and the ego divided in a series of negotiations, exchanges, submissions and assertions between “self” and “other.”  The subject sits on the fault lines of unconscious, self, and other, and thus the bewildered question “Is it me?” is posed in a yet more complex geography, inviting misrecognition, and making self-understanding elusive.

Is puzzlement our ontology?  Are we stretched across a “dialectic of jealousy-sympathy?”  Lacan’s conviction ultimately stems from contingency.  Lacan: “However we do know that consciousness is linked to something entirely contingent, just as contingent as the surface of a lake in an uninhabited world — the existence of our eyes or of our ears.”

It is not exactly contingent that a mountain reflects in a lake: the two are not uniformly found together but they often are, and for geological reasons.  In the biological, connections are even tighter, argues Scheler.  In the fable of the unconscious above (1) the mountain reflects upon the lake’s surface.  In the organic world, Scheler terms such phenomena identification and the reflection happens on account of “a universal grammar of expression, a sort of cosmic mime or pantomime” (The Nature of Sympathy [Routledge, 2008], p. 82; p. 11).

Scheler: “We can thus have insight into others, in so far as we treat their bodies as a field of expression for their experiences.  In the sight of clasped hands, for example, the `please’ is given exactly as the physical object is” (p. 10).

Embodiment, or what Scheler calls “vital consciousness” in animals (p. 34), determines the degree of the mime: “The only way of explaining imitation, and the reproduction of a personal experience similar to that underlying a perceived expressive gesture, is that through this a genuine experience takes place in me, objectively similar to that which occurs in the other person whose expression I imitate” (p. 11).

I can imitate a dog easily enough but a snake far less so: for this reason children at play mime some animals — dogs, cats, horses (and in ballet swans) — far more than others, like snails.  However, as Scheler points out, wasps and caterpillars have a rapport with one another far more than we do with either.  Through all organic life there are patterns of vital expression picked up in mime by varied creatures that form, as it were, theatrical communities, membership played out in “a kind of telaesthesia” (p. 31).

Vital consciousness is not contingently related to the body, it is the body expressive.  Even more properly mental aspects of consciousness are immersed in the body.  Scheler gives an interesting medical example: people who loose the function of the tongue cannot read a newspaper competently (p. 251).  Sympathy — feeling-wth — is mime.  Mime is not puzzlement or alienation but communication and sharing.  For my own part, Scheler’s theory of pantomime provides an ontological depth to Huizinga’s Homo Ludens, of which I am a huge fan (see V&R Chapter 6 and many blogposts).