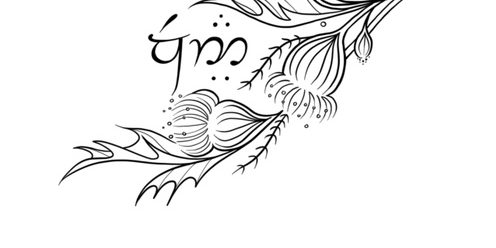 Personalism is the root philosophy of CST.  Applications of CST to fashion, or any other industry, will have personalism in play.

My previous post on the topic (http://www.ethicsoffashion.com/catholic-personalism-and-non-ego-psychology/) argued that Karol Wojtyla’s personalism affirms ego psychology.  Before we point to a turn in his thinking, here are some other passages which support this claim.

“The true measure of any human being lies in morality; through morality, we each write our own most intimate and personal history” (PC, 156).

As we saw, Przywara and Lacan deny persons are authors of their “most intimate and personal” histories.  For different reasons, they dissent from the dominant school of ego psychology.

Wojtyla’s early thinking stems from psychologists.  In the Lublin essays, dating to the `50’s and `60’s, he frequently mentions the work of Narziss Ach, and others, who assists with the conclusion:

“Ethical experience is contained immanently in every human activity in which the personal self is conscious of its efficacy” (PC, 8; 38).

Oddly, though, Wikipedia has this to say about Ach:

“He developed the method of “systematic experimental introspection” and demonstrated experimentally the “determining tendency,” which indicates that the instructions for the execution of a task sets up in a person a predisposition to act or react in a certain way, without the individual’s being necessarily aware of it.”

The last clause suggests a conclusion the inverse of Wojtyla’s.  Thus Wojtyla argues that the dynamic element is the will, “an element that appears in a tendency determined by the very self.”  Lacan contends that our self-knowledge is not merely poor but bewildering: Przywara that our identities are tied to mysteries that must be veiled from us.

That said, in the previous post, I noted that Wojtyla’s conclusion is not final, in this sense: he says moral theory must be corroborated by both metaphysics and phenomenology (PC, 19, 42).  I argued that Przywara’s analogical metaphysics veers away from the idea of the ego’s self-possession and that Lacan’s phenomenology of our mental lives confirms Przywara’s skepticism.  In fact, by the late `70’s, Wojtyla – soon to be Pope John Paul II – began to agree.

In the Lublin essays, he criticizes Scheler for the argument that personal agency “is already somehow determined a priori in the emotional organization of the person” (PC, 38-39).  Yet Theology of the Body (TOB) introduces just such an a priori, variously termed “the language of the body” or “the prophetism of the body.”

Michael Waldstein’s excellent critical edition of TOB[1] argues that the text is infused by Carmelite personalism, and highlights John Paul II’s structural reliance on St. John of the Cross.  In which case, the language of the body can be viewed not merely as a moral a priori, but perhaps an emotional one, too.  St. John of the Cross speaks of “the deep caverns of feeling” (TOB, 27) and “the interior wine cellar of love” (TOB, 29).

Hence, for John Paul II, the body is a revelation of the donation structuring God’s inner life.  The body is thus a prophet, announcing God’s love, a moral a priori:

“The body, in fact, and only the body, is capable of making visible what is invisible: the spiritual and the divine.  It has been created to transfer into the visible reality of the world the mystery hidden from eternity in God” (TOB, 203).

These ideas culminate in a tremendous passage:

“…the human body speaks a “language” of which it is not the author.  Its author is man, as male or female, as bridegroom or bride: man with his perennial vocation to the communion of persons.  Yet, man is in some sense unable to express this singular language of his personal existence and vocation without the body” (TOB, 537).

Placed into the language of the body we are obediential and ecstatic.  Our identity fractures: we are primed for generosity – the sincere gift of self, as said in Gaudium et Spes – yet this “wine cellar of love” clashes with the history of man, the curvature to sin exhibited inside civilisations and each unique human life.  John Paul II:

“In the texts of the prophets, who see in marriage the analogy of Yahweh’s covenant with Israel, the body tells the truth through faithfulness and conjugal love, and, when it commits “adultery” it tells a lie, it commits falsehood” (TOB, 538).

As I argued in Ecstatic Morality and Sexual Politics, this temptation to falsehood is an inescapable metaphysical fact about the body (see Chapter 5) but, happily, so is the body’s generosity.  The accumulation of sin in history – countermanded by the Cross and Resurrection of Jesus – means each of us is born into propensities of evil, yes, but good, too.  Our lives predate us, therefore, and our personal affirmations and negations are intricately staged within these propensities.

I cannot speak without the language of the body and I am not its author.