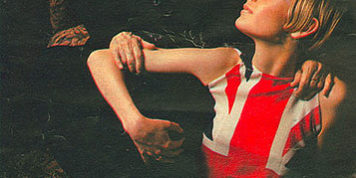 Ever since Brexit there has been a constant drumbeat in fashion commentary about the pernicious character of national consciousness.  I have delayed writing about the topic, yet in over a year I have not come across a thoughtful reflection on fashion and nation.

Though undeveloped, a recent Chinese graduate of Central Saint Martin’s makes a stab (http://i-d.vice.com/en_gb/article/what-do-britains-new-immigration-policies-mean-for-fashion-graduates). This piece is presented as a lament about national assertion.  To the credit of the young woman involved, Georgina Yi Wan, she does have a concept.  In China, her “natural freedom” to choose her clothes and sexuality is restrained by the conventions of her native land: in London, by contrast, “natural freedom” finds full expression.  Georgina Yi Wan’s idea of “natural freedom” is actually very interesting but it is not explained.

Burke would not recognize such a philosophical concept and would ask Ms. Yi Wan to reflect on the British establishment which over centuries crafted a social world she obviously finds conducive.

Natural law does acknowledge “natural freedom” but in matters of sexuality differently than Yi Wan would hope.  Natural law, also known as the “law of liberty,” grants freedom to individuals and to nations, and thus the legitimacy of national law to determine borders and immigration policy.

Ms. Yi Wan seems to think that “natural freedom” means she transcends nation, as does fashion.  As far as I can tell from a year’s reading, no one in fashion dissents from this idea… except seemingly almost all involved.  Do French companies play down their national consciousness, Italian, British?  Hasn’t nation made fashion so rich and given heft to brands that otherwise would have no niche?  As my new book on natural law shows, there is no contradiction between humanism and national establishment (more about the book once I have firmed things up with a publisher).

A case in point is this memorable Burberry video, which draws heavily on the brand’s entwinement with British history and sensibility.