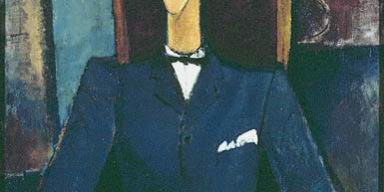 In my opinion, Giorgio Agamben is the most important contemporary European theorist.  Political theology in the anarchist tradition, to which Agamben subscribes, has for its goal the exorcism of theology from political economy.

Though Agamben is a leftist, his argument is in the spirit of Eric Voegelin – to unearth unacknowledged logics shaping macro phenomena – and our leading quote is the conclusion of his argument that the West’s political economy is a secularized form of Catholic sacramental theology.  We will see in a moment why he thinks this very bad.

Let’s test the thesis by starting with the aesthetics of camp.

The Metropolitan Museum of Art’s annual fashion retrospective is dedicated to the role of camp in 2019.  Pope Francis points out that the contemporary city is growing with little to no input from Catholicism (V&R, Chapter 2).  Camp might be thought to be a case in point.

In her celebrated 1964 “Notes on Camp” (https://faculty.georgetown.edu/irvinem/theory/Sontag-NotesOnCamp-1964.html), Susan Sontag argues that camp is the aesthetics of the modern city and celebrates it as a theatrical stylization that departs from nature.

(Francis would dispute we live in an age of camp, but rather technoscience, and this recent article about the design ethos of Instagram backs him up: https://www.fastcompany.com/90281112/why-so-many-brands-on-instagram-look-the-same).

Sontag’s history of camp, which stretches back to sixteenth century mannerism, suggests a larger Catholic footprint in camp than first meets the eye.

At Camp Catholicism. Part I, I argue that the flashpoint between the aesthetics of camp and Catholicism is Sontag’s claim that camp is an attenuation of the natural.  The issue is: How attenuated?  Sontag argues that camp’s theatricality replaces nature.  This is plausible and would explain why moral theology has so little contemporary purchase; moral theology relies on natural law.

Is this quite right, though?  She offers art nouveau as the summit of camp, but this example only makes sense if she thinks nature is flat, best captured by Cartesian geometry and exhaustively mapped in terms of calculable forces and adaptations.  She thinks of camp as theatricality, but what if nature itself is pantomime?  What if art nouveau is best understood as an example of what Caillois terms the natural fantastic?  Art and myth invoke fabulous creatures, he argues, because mimicking nature, herself replete with them (R. Caillois, The Edge of Surrealism [Duke, 2003], p. 80).  Nature, Caillois contends, is adornment, luxury, extravagance, exaggeration, and flamboyance (Surrealism, p. 346): camp, in other words.

I discuss Agamben at Veneration & Refinement, Chapter 8 and in my forthcoming book Erich Przywara and Post-Modern Natural Law, Chapter 5 and I argue that metaphysics compels us to think of creation, and thus natural law, as play and liturgy.  Caillois’s idea of the natural fantastic stemmed in part from his work in sacred anthropology.  That Catholic theology invokes the natural fantastic should not surprise, therefore, and yet Agamben does not see the connection; and this despite his interest in play in his most recent book (Karman [Stanford, 2018]).

Agamben’s many books cohere around a basic theme: Christian theology has fundamentally shaped the ontology and politics of the West, and not for the best.

In Opus Dei (Stanford, 2013), he puts the point this way: sacramental theology has bequeathed to the West a disempowering account of action.  The priest is said to perform the liturgies ex opera operato (Opus, pp. 22-25).  A Latin phrase to capture the idea that it is not really the priest who performs, but the priest’s body by the power of Christ.  The West’s ontology is a legacy of the Church – a body is moved by another much more powerful than it – and, once secularized, results in government and capital managing populations and workers as so much materiel (Opus, p. 28).  “The priest is that being whose being is immediately a carrying out and a service – a liturgy” (Opus, p. 87).  In the long history of Western reflection on Canon law, political theory, and ethics, the priestly office, officium, mutates into duty: and thus, a basic category of morals is, in fact, a tool for government and capital to deploy in their administration of populations.  The perversion of duty into manipulation is what Agamben terms operativity.

The great generator of secularism, the Enlightenment, did not, in fact, root and branch, expunge Christianity, but adopted its ontology of human action.  The political economy of the West remains, just as much as the Church’s liturgy, the opus Dei.  Political theology has much to do contends, Agamben.  A rival philosophy, truly able to exorcize operativity, is necessary.  Opus Dei concludes: “The problem of the coming philosophy is that of thinking an ontology beyond operativity and command and an ethics and a politics entirely liberated from the concepts of duty and will” (p. 129).

In his history of how operativity gained its grip on the West’s way of being, Agamben does not consider another possibility: the phrase ex opera operato is a fancy way to capture something that runs through all sacred and secular life: pantomime.  Like a nerd at RPG, the priest is role-playing.

He misses some clues that point in this direction.  Agamben thinks it significant that research shows that a debtor’s pledge in Roman law was woven into liturgies respecting the cross, relics, and Eucharist (Opus, p. 36).  The Eucharist is defined as a “pledge of redemption,” for example.  The West’s inheritance from Rome is here seen to conflate economics and theology.  Huizinga (V&R, Chapter 6) points out, however, that the idea of a pledge or wager, one’s stake, is basic to games and thus, civilization.  Relevant here, and to ideas about the Eucharist, is the American criticism: “But does he have skin in the game?”  In this case, liturgy should be welcomed as part of the game architecture of civilization.

Towards the end of his most recent book, Karman, Agamben begins to show an interest in play, though he does not mention the play theories of Huizinga and Caillois.  These theories change the complexion of the data Agamben brings forward for evidence of a malevolent conflation of theology and political economy.

Agamben’s anxiety is that our lives have collapsed into work (opus) – “being is something that must be realized or brought-into-work” (Opus, p. 58) – and given the logic of ex opera operato our loss of autonomy is redoubled with our lives lived at the behest of government and capital.  Our lives are not our own, in our very roots we are managed by power and money (Opus, p. 61).

The malevolence runs deeper still.  Persons “are not being but demands, not substances but imperatives” (Opus, p. 121).  Thus, for Agamben, sacramental causality literally puts us on trial (Karman, p. 3): Have we done our duty, fulfilled imperatives?  Moreover, the connection with theology makes law holy and grafts onto duty an unassailable and unrelenting character (Karman, pp. 19-20).  Worse still, Christian theology bequeathed the idea of will as liberum arbitrium: buried in the idea of our freedom is the arbiter or judge at a trial (Karman, p. 47).  Thus, the moral problem: “the will is here an apparatus directed pitilessly at securing responsibility for human actions” (Karman, p. 50).  Agamben is struck by the fact that the Sanskrit karman means work and crime (Karman, pp. 27-29).  Perversely, theology accuses and imputes, by the logic of operativity, what in fact it generates in subjects in the first place (Karman, p. 34).

Certainly, a trial is an ordeal, but its play character cannot be doubted.  My point is not to deny the seriousness of some play, like being put on trial, but it is to challenge that sacramental theology is as basic as Agamben thinks.  Caillois would contend that parallels between theology, law, and work do exist, for their common root is play.  Towards the end of Karman, Agamben offers play as an antidote to operativity, but this assumes play has not been animating the West the whole time.  Huizinga and Caillois think his assumption wrong.

Caillois terms civilization lyrical objectivity (Surrealism, p. 81 & p. 101-02), that is, the poems, myths, ballet, music, through which we express the natural fantastic.  This expression stems from mimickry.  Mimickry on account of “man’s inclination to be interested in, or even to identify with, anything whose external configuration suggests his own body” (Surrealism, p. 81).

Humans are not unique in this regard, as Caillois tried to show in a number of insect studies (as did Max Scheler).  There is, he posits, something like a “sculpture-photography, or better yet teleplasty” that makes nature solidaristic, and civilization, too (Surrealism, p. 80 & p. 96).  For Tolkien’s use of this idea, see my previous post.

Fascinatingly, and to return to fashion and camp, Caillois argues that the mimickry found in nature is a luxury.  Nature operates by profusion and glamour and not, as Darwin is typically understood, by defence and adaptation (Surrealism, p. 97).  The peculiarly extended hands of mannerism pick up on this fact: these hands are not for defence, but extravagance (https://media.nga.gov/iiif/public/objects/4/6/1/0/6/46106-primary-0-nativeres.ptif/full/!740,560/0/default.jpg).

One of Caillois’s starting points is sacred anthropology.  An example: He wonders why the pope is called pontifex.  He argues that rivers are part of the order of things and that deference to found order is an original aspect of sacrality (Surrealism, p. 339-40).  The pope’s name stems from the sense of violation and rupture that would have attended the first bridges.  “What ruses could they use, what penance could they promise to prevent the wrath of the gods from ravaging the city?” Even today our greatest bridges evoke awe, fear, and superstitions.  The ruse was suggested by the meaning of religio, “straw knots.”  The Romans bound the timbers of their bridges with rope knots.  The pontifex is thus a break with the gods’ original order but with a continuing nod to it at the same time: the bridge bindings are a cunning continuity with nature, a clever use of the gift of the gods.  The sacred is not total rupture, but continued imitation.

The papacy, and its liturgy, is an example of the natural fantastic, not Agamben’s operativity.  A case of mimickry and role play that builds civilizations.  In the depths of civilization, what is really going on?  Caillois: “The signs avariciously conceded by the natural fantastic do more than stimulate the demon of analogy.  They show it the way.  They precede it and nourish its mania for interpretation” (Surrealism, p. 357).