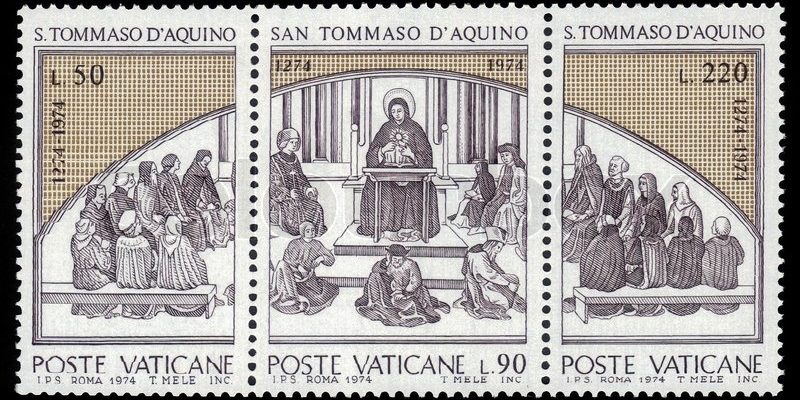 A little while ago over at the Law & Liberty website, I published a moral analysis of trusts. In the background was a wish to flesh out the moral character of high fashion. I do not know the percentage but I presume almost all haute couture is bought with monies disbursed from offshore trusts. Alta Moda Dolce & Gabbana dresses start at $40,000 US. It is only the hyper wealthy who can buy most haute couture and much of their wealth is housed in trusts, and many (maybe most) of these trusts are off shore (http://www.libertylawsite.org/2017/06/30/in-trusts-we-trust/).

In my original post, I used Edmund Burke, who relies on natural law. Here, I offer a Thomistic natural law assessment of trusts and compare it with Kant’s ethics.

A word about Kant first: every professor of philosophy will tell you that Kant is notoriously hard to understand, and not least his famous idea of the categorical imperative.   Hannah Arendt points out that Nazi Germany invoked Kant’s categorical imperative, twisting it horribly (see her fine pages, Eichmann in Jerusalem [Penguin, 2006], pp. 135-37).

Commentators agree that the categorical imperative demands that persons act in a manner that their acts could become a universal law, i.e. every rational agent could affirm those acts. After this it gets more complicated – see, for example, the computational interpretation offered by Lacan (Seminar 7, The Ethics of Psycho-Analysis [Norton, 1997], p. 77). The version of Kant I have always found most compelling is that of his late Anthropology (1798) (Cambridge, 2009). More about Kant below, after I apply Aquinas.

As outlined in a previous post, Thomistic natural law begins from four categories of inclination (http://www.ethicsoffashion.com/corsets-natural-law/). Even to say this involves some controversy, for some natural law theorists sideline the inclinations (I talk about this in To Kill Another [Routledge, 2010]). Saint John Paul II is correct, I think, when he argues that these inclinations are the “anticipatory signs” of the law giving order to the body. I say a lot more about this in my new book MS., Liturgy of Morals, about which I’ll say more once a publisher is found.

As you move from 1 to 4, you see a growing solidarity. That is, an individual finds support in family, family support in society, and all support in religious ritual and care. Moving in reverse from 4 to 1, you see a growing subsidiarity, i.e. support for the competency of elements 3 to 1 where each “higher” social office emancipates the “lower” elements: God in service to community, community in service to family, and family in service to the competency of individuals. I discuss the ideas of solidarity and subsidiarity in V&R Chapter 3.

A trust gives family competency. Its legal protections secure family assets and give latitude in how the money is invested or disbursed. A recent article documents that families are starting to combine the investment funds of their trusts and linking families in joint ventures to expand their wealth and control of businesses (https://www.wsj.com/articles/the-new-force-on-wall-street-family-offices-1488991396).

Natural law affirms family and is wary of the state’s suspension of family competency. Families and their assets are not to be casually disbanded, assuming they demonstrate competency. However, natural law is not about autonomy but non-dependence (also a desideratum of Lacanian psycho-analysis). That is, moral and political solidarity can make claims upon families. This is evident from required schooling and even service in time of war.

For reasons I give in my Burkean treatment of the trust (linked above), there is no political or legal requirement that trusts be broken, but there is a moral requirement of solidarity that trusts contribute to the common good by which the family itself flourishes.

Does Kant contrast with this? In his Anthropology, Kant argues that human acts are rational when they secure prestige, property, and power (pp. 171-74). Pursuit of these things can become manias, however, and thus irrational, when the pursuit leads to the inverse outcome: adopting a policy to gain prestige actually backfires and ruins one’s reputation. Kant is extraordinarily insightful in these pages. Examples abound beyond his own of the miser: the miser’s refusal to spend money on account of the desire for property neither grows his property, builds his reputation, or expands his power. Being a miser is irrational.

However, the offshore trust is not comparable to the miser. Certainly, trusts grow property and power and whilst one might think they diminish reputation the very secrecy of the trust deflects anger at the infamous 1%. An irony of the anger at the 1% is that this is a feature of the angry Left yet the Left (at least in America) love Leftist celebrities, who all have trusts. The WSJ article cited above notes that, to name some, Soros, Bloomberg, and Oprah are all combining their wealth and moving aggressively into investment opportunities together.

Natural law entails a moral demand that trusts work, to a degree, for family and community. Kant discerns no such obligation of solidarity.