Adam Smith and the benign knavery of machines 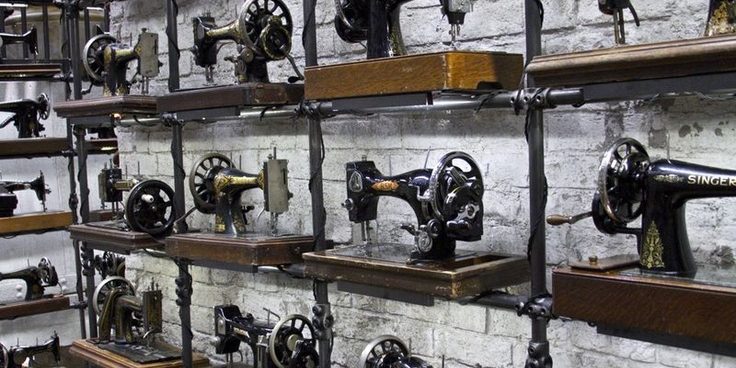 Egoism or altruism?  This question kicked off the eighteenth century, pitting Mandeville and Shaftesbury against one another; their debate is the background to Smith’s economic thought.

These men were a study in contrasts.  Bernard Mandeville (1670-1733) was a Dutchman living in London, earning his keep as a doctor and writing on the side controversial pamphlets celebrating egoism.  Shaftesbury (1671-1713) was an Englishman living in Holland, an aristocrat in ill-health – in fact, the Third Earl of Shaftesbury, otherwise known as Anthony Ashley Cooper – whose leisure gave him time to write his large and extremely influential Characteristics of Men, Manners, Opinions, Times.  Running to nearly 500 pages, the book is dedicated to showing that we are capable of a disinterested affirmation of others.

Shaftesbury offers an arresting example to prove his point.  An aristocratic young man addicted to his own pleasure and with all the leisure in the world to indulge it — imagine an eighteenth century version of a frat boy – takes to hunting with hawks.  The favourite amongst them is doted upon, admired: “And, of the particular animal, what care and, in a manner, idolatry and consecration, when the beast beloved is (as often happens) even set apart from use and only kept to gaze on and feed the enamoured fancy with highest delight!” (Characteristics [Cambridge, 1999], p. 416, n. 25).

Fascination with the beauty of things suspends egoism: the intricacies of the hawk are studied and venerated.  The example is compelling but perhaps the most interesting part of the quote is the bit in brackets: “as often happens.”  Shaftesbury’s point is phenomenological, as though saying: “Just look, watch how people behave, and you’ll see they oftentimes forgo the avidity of self-interest, gripped by the beauty of things.”  For Adam Smith, this phenomenon explains our attitude towards machines and is the source of economic dynamism.

The power of Shaftesbury’s example lies not only in its observational quality but in its psychological insight, too.  Mandeville was also sharp-eyed in matters of psychology.  His pamphlets might be short, but they are deft.  Mandeville’s psychological point of attack is not primarily to dispute Shaftesbury’s claim that sometimes people are altruistic, giving service to beautiful things they venerate.  Rather, he posits an opposition: one is either a fool or a knave.  The knave (the egoist) will take advantage of the fool (the altruist).  As nobody likes to be played for a fool, one had best take seriously one’s own advancement.  Egoism is the position of someone who takes himself seriously, who has dignity.

Mandeville also has his own arresting image and what it reveals is that the ethical debate between Mandeville and Shaftesbury is really a dispute about the aesthetics of the machine.  It is this dispute that Smith will take up in his economic thinking.

Mandeville’s most famous work is his thoroughly entertaining 1714 The Fable of the Bees.  A highly influential work, it is best known for its thesis that the pursuit of self-interest generates the common good, but the opening image of its preface is what interests us.  Recalling Mandeville was a doctor, on the first page of his classic he asks us to examine the anatomy of a dead body.  It will be observed, he says, that “the motion of our machine” is not a matter of bones, muscle, and nerves but “small trifling films and little pipes.”  He makes his way on the second page to the all-important analogy: just as the beauty and grace of the body is a consequence of these little pipes so good nature, affability, and the other social graces are a consequence of a person’s “vilest and most hateful qualities” (The Fable of the Bees [Liberty Classics, 1988], pp. 3-4).  The Fable is full of hilarious examples of corrupt establishment figures – doctors, judges, and priests – whose corruption nonetheless builds empires.  But a most essential point: the human machine, physical and moral, is, most basically, puny and vile.

Not only in Mandeville’s England was the machine centre stage, at the same time in Germany Leibniz was penning his Monadology in which machines figure prominently: “Therefore every organic body of a living being is a kind of divine machine or natural automaton, infinitely surpassing all artificial automatons” (The Monadology, paragraph 64).  All were responding to the philosophical shockwaves of Descartes.

In 1641 Descartes published his Meditations, one of the most potent philosophical works ever written.  Amongst many theoretical innovations, Descartes made a startling observation, one catnip to philosophers.  He relays looking out of his window down into the street below.  From his vantage above, he sees figures in cloaks and wide-brimmed hats, and one is apt to say, writes Descartes, that there are people down in the street below.  This would be hasty, Descartes argues, for perhaps moving about under the hats and cloaks are automata.  Philosophers took Descartes’ point and positively sprinted with it.  Over 400 years later, it remains a gripping observation: perhaps even more so now that the possibility of machines milling around us is edging closer by the day.

Machines enthralled Smith.  For him, they are akin to fascinators.  In fashion, a fascinator is an ornamental headpiece worn by a woman.  It evokes the plumage of a bird.  The idea is derived from animal biology where plumage or the eye works as a point of fascination to lure mates or prey.  It has the same arresting quality that Shaftesbury noted in his example of the frat bro and the hawk.

Smith is a master of the vivid example.  One he offers is about a watch.  “A watch… that falls behind above two minutes in a day, is despised by one curious in watches.  He sells it perhaps for a couple of guineas, and purchases another at fifty, which will not lose above a minute a fortnight” (The Theory of Moral Sentiments [Liberty Fund, 1982], p. 180).  Now with a watch worth a princely sum, is this man more punctual to his meetings?  No, says Smith,[1] for the point of the watch is not the telling of the time but to experience the beauty of its complex mechanism.  The watch is a fascinator, the machine’s perfection venerated “by one curious in watches.”

It is this aesthetics of the machine that drives the economy.  For Smith, it is not money that makes the world go around but the lure of complexity.  Machines are prime exemplars of complexity and the driver of commerce is our desire to adorn ourselves with their perfection of parts and movement.

If we examine, however, why the spectator distinguishes with such admiration the condition of the rich and the great, we shall find that it is not so much upon account of the superior ease or pleasure which they are supposed to enjoy, as of the numberless artificial and elegant contrivances for promoting this ease or pleasure… And it is the ingenious and artful adjustment of those means to the end for which they were intended, that is the principal source of his admiration (The Theory of Moral Sentiments, p. 182).

Admiring the “artful adjustment” on display in the contrivances of the rich, we want to mimic the rich and so devote ourselves to work and commerce.  However, it is not merely that we admire the rich, we also want to serve them: we want to help them complete “a system of happiness,” to be part of the complex arrangement that is their grandeur.

Our obsequiousness to our superiors more frequently arises from our admiration for the advantages of their situation, than from any private expectations of benefit from their good-will.  Their benefits can extend but to a few; but their fortunes interest almost every body.  We are eager to assist them in completing a system of happiness that approaches so near to perfection; and we desire to serve them for their own sake, without any other recompense but the vanity or the honour of obliging them (The Theory of Moral Sentiments, p. 52).

So far, the influence of Shaftesbury on Smith is evident.  But Mandeville is lurking.  Smith gives a funny example, one that rings true (The Theory of Moral Sentiments, p. 180).  An aristocrat walks into his sitting room and flies into a rage.  His servant is cleaning the room and has all the furniture moved out of place.  Fuming, the master of the house sets about re-ordering everything and setting the room back to rights.  As Smith observes, the master could just have sat down, waited for the servant to finish cleaning, and watched as he re-arranged the furniture.  Smith notes humorously that once the master has done all the work he does indeed promptly sit down.

Shaftesbury would interpret the example as further confirmation of his thesis that we serve the ideals of harmony, order, and beauty.  However, Mandeville is likely to see Smith nodding in his direction: the artful arrangement of the furniture of the room has made a fool of the master.

For Smith, machines are knaves.  The glamour of the machine dupes us.  We replicate the machine world in spite of ourselves.  Smith makes the point in his chilling portrait of the ambitious young man.

A poor man’s son “sees his superiors carried about in machines” and looks in dismay at his father’s small, simple cottage.  Heaven “in its anger,” says Smith, visits the son with ambition and to attain the machines of the great he sets out to distinguish himself (The Theory of Moral Sentiments, p. 181).  He commits himself to learn “some laborious profession.  With the most unrelenting industry he labours night and day to acquire talents to his superiors.”  In the first month of his application, he suffers uneasiness of mind and body, he courts those he thinks fools, and suffers reversals that stoke his resentment.  Yet he labours on, ever stimulated by the glamour of the perfection of machines.[2]  If philosophy could replace fascination, the ambitious young man would perceive that:

Power and riches appear then to be, what they are, enormous and operose machines contrived to produce a few trifling conveniencies to the body, consisting of springs the most nice and delicate, which must be kept in order with the most anxious attention, and which in spite of all our care are ready every moment to burst into pieces, and to crush in their ruins their unfortunate possessor.  The are immense fabrics, which it requires the labour of a life to raise… (The Theory of Moral Sentiments, pp. 182-83).

Machines make a fool of the young man.  Smith does not agree with Mandeville that machines are puny and vile: they are fascinators, like Shaftesbury’s beautiful hawk.[3]  However, he does agree with Mandeville that altruism is to be played for a fool.  Yet, Smith adds a subtlety.  Machines are knavish but benign.  They dupe us, but nonetheless provoke us into seeking our own advancement and make us rich.  The beauty of complex things stokes economic life but this is not the same as happiness – if happiness means serenity and dignity.  We grow the machine world to enormous, coordinated proportions and labour for a lifetime doing so. Machines make fools of us, for the cost is often humiliation at work, where so often we are “obsequious to those we despise,” as Smith puts it.  Though played for fools by machines they benignly advance our interests – wealth, health, and beauty – anyway.

[1] Two extra things worthy of note: the guinea was Britain’s first machine-struck coin and it is a truism in business that managers with the fanciest watches are the least likely to arrive on time to meetings.

[2] Glamour is a word originating from Scots and means magic or enchantment.  It is likely derived from the medieval Latin grammatica, with its associations of learning, scholarship, and the occult science of alchemy.

[3] This perhaps explains Darwin’s great interest in, and use of, Smith.