Who are you wearing tonight? 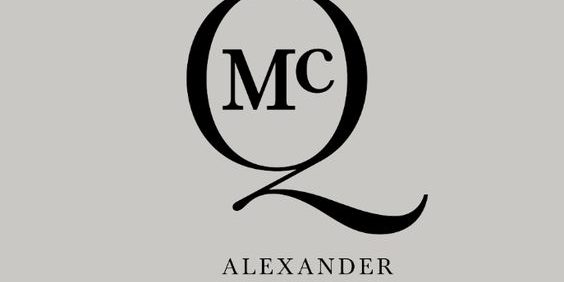 *Special Note: I’d like to thank Chris Wojtulewicz, a good friend in England, for helping me think about this topic.

“Gabbana, Victoria Beckham, or McQueen?” The beaux often ask each other this sort of question. Thanks to the entrepreneurial spirit of a recent college graduate, an answer in the future might be “McQueen, literally.”

She is seeking patents for a lab procedure that enables her to take a deceased person’s DNA and cultivate the person’s skin. The procedure is known as de-extinction and her concept is to take the DNA of the brilliant but troubled British designer Alexander McQueen (1969-2010) and make jackets and handbags using his skin.

Business ethics tries to discern the moral reasons obliging a business to leave money on the table: to clarify the reasons why, despite willing buyers and legal freedom to make a contract, a business still ought to walk away from a sale or deal.

Is a jacket made from Alexander McQueen a case in point?

McQueen committed suicide in 2010 but was already highly acclaimed, and not least for his varied meditations on embodiment. For this reason, Gorjanc is likely right when she says he’d surely approve of her business proposal.

A warning flag might be that other objects made of human skin are often linked to punishment. John Horwood was executed in Bristol in 1821 for the bludgeoning to death of Eliza Balsum. After the gallows, surgeon Richard Smith dissected the body at Bristol’s Royal Infirmary as part of a public lecture. Smith later wrote a book about the murder and dissection and used Horwood’s skin to cover the book (http://www.bbc.com/news/magazine-27903742). Far earlier in English history, the door to Worcester Cathedral was covered in the skin of a Viking who was flayed for trying to steal a church bell (http://www.bbc.com/news/uk-england-hereford-worcester-13727961).

Recently, I’ve been discussing Gorjanc’s business plan with friends and graduate students and most have had a significant disgust reaction. Learning of Gorjanc’s concept, people make mention of Silence of the Lambs and the “Witch of Buchenwald,” Ilse Koch.

Disgust is an anchor of moral order, a sure sign that something is amiss. It also has a definite structure and why precisely a McQueen jacket provokes disgust is a little difficult to pin down.

Excarnation was a practice in the Middle Ages making possible the veneration of saints: specifically, the veneration of the body parts of saints. The practice involved boiling the flesh off the bones of the dead. When the dead person was thought saintly the bones would be broken up, put in reliquaries, and dispatched throughout Europe for veneration. Indeed, money was to be made and trade in reliquaries thrived. Are we just more squeamish than the medievals?

Is an important difference between the medieval and contemporary reliquary that the former (mostly) displayed bone? Is there something in the difference between the hardness of bone and the suppleness of skin? In his seminal work On Disgust, Aurel Kolnai (1900-1973) identifies slime, viscosity, and stickiness as leading qualities of the disgusting. Catholicism is no stranger to the ghoulish but it was thought a bridge too far when a Polish cardinal kept vials of blood after John Paul II was treated at Gamelli hospital. However, Gorjanc’s mock-ups of the clothes and accessories she plans to make with McQueen’s skin – the mock-ups are made of animal skins – have all the polish of luxury goods.

Kolnai also identifies the way that the disgusting reaches out to us, as it were: our sense that the disgusting probes us oftentimes provokes retching as if we wanted to put distance between it and ourselves. The suppleness of skin suggests something “breathing,” alive almost, agile. So alive that Gorjanc touts as an interesting style feature that the jackets will tan in the sun at different rates adding to each a unique and exclusive quality. Indeed, she sees no reason why owners couldn’t tattoo the skin.

Perhaps the disgust reaction to Gorjanc’s concept is rooted in an obtrusive intimacy built into the jackets? Yet from time immemorial humans have worn animal skins and even displayed battle trophies: heads on spikes, scalps, and shrunken heads dangling from belts. Game of Thrones has put all this vividly back into our minds. Justice itself has long been connected with body parts – see Ian Miller’s fantastic philosophy of law book, An Eye for an Eye (Cambridge, 2007) – and there is some evidence that early forms of money were body parts.

And yet I think there is something about being obtrusive that makes the Gorjanc reliquary problematic. It lacks discretion.

On Disgust appeared in 1927 – first published in a famous philosophy journal edited by the founder of phenomenology, Edmund Husserl – and defines the primary structure of the disgusting as “life out of place.” This structure explains why disgust has a moral tone that is not merely exhausted by visceral aversion.

We respect persons because their attributes are valuable: persons are original, creative centers of imagination, speech, play, and ideas. Persons demand justice because self-contained, discerning, and capable of self-regulation. By contrast, the disgusting is sticky, smearing, and as Kolnai puts it, smirking and leering. Disgust is a moral disvalue because it intrudes upon and subverts what is valuable about persons: it aims to cover-up what is original and remove value from the world.

A jacket made of the skin of Alexander McQueen might not be Alexander McQueen himself: cultivated in a lab, and with the property relations of DNA murky, nonetheless that skin is his. This means when an Alexander McQueen skin jacket is worn in the street McQueen in some manner does leap about between persons, his is a “life out of place.” Just as I can intrude inappropriately in your life, McQueen seems to intrude when you and I rub shoulders with his skin. Odd to say but medieval veneration was more discreet, more respecting of persons.

Part of what seems wrong about this is the idea that McQueen deserves rest. Gorjanc is giving to McQueen an after-life but our sense of the after-life is clearly expressed when we hope the dead will rest in peace. No life escapes trouble and burden – and McQueen’s life was more troubled than many – and a consolation of death is the hope of peaceful rest. Medieval reliquaries are lodged in chapels; they are resting places for saints. Is our moral reservation about Gorjanc’s innovation that she burdens McQueen by making him still flit across our streets?

Gorjanc may see this herself: she has suggested that the McQueen will be installed in art museums. She intuits McQueen ought to have his resting place. Her entrepreneurship is primarily directed at helping the fashion industry find ways to generate animal skins in a cruelty-free way and her patents for de-extinction have this business goal primarily in mind. This part of her business plan seems unproblematic, and hopefully her ingenuity will be rewarded.

For the rest, Alexander McQueen: RIP.