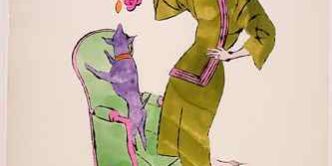 A new memoir of Andy Warhol is out written by Natasha Fraser-Cavassoni (http://www.rollingstone.com/culture/features/andy-warhol-natasha-fraser-cavassoni-memoir-captures-catholic-side-w495433).  Fraser-Cavassoni was with Warhol in his last years and her memoir stresses the role Catholicism played in his life and art.  I will be reading this and saying more.  For now, merely passing on the good news!

Update: finally got a hold of this book.  It is pretty poor, actually.  It is really about the author and not Andy, or an assessment of his work.  One reason is, contrary to the sycophantic Rolling Stone review, Fraser-Cavassoni barely knew Warhol as he died within days of her joining his studio/business.  Do not buy!  America is agog over “fake news” but this is “fake Andy.”