Vetements and the gnomes of Zurich 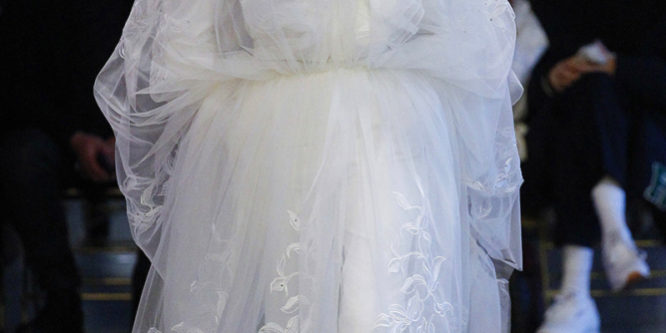 This post is about the disturbing link between fashion and tax havens.

Vetements has just moved to Switzerland to benefit from the gnomes of Zurich. A phrase coined back in the `60’s by a British socialist politician, George Brown (http://news.bbc.co.uk/2/hi/uk_news/magazine/8534936.stm), the gnomes are the bankers of Switzerland who ably and secretly shield family wealth from the taxes of those families’ nations.

Though Vetements claims Zurich offers a refreshing new start, the company does not hide that low taxation is a huge lure:

Spearheaded by a well-known designer, Demna Gvasalia, the company is a collective of anonymous designers (http://www.racked.com/2016/3/2/11139622/what-is-vetements).  This collective is no anarchist dream despite its youthful, street style infusions (http://www.dazeddigital.com/fashion/article/34471/1/vetements-borrows-chav-emo-and-stoner-style-at-paris-show). Selling hoodies for over a $1000, anarchism is not on the table and this is true for a far more profound reason: the collective wants to be swaddled in the Swiss state’s tax policy.

Of course, anarchism is not the sole benchmark of moral and political health, but it is worth asking whether the company’s move from Paris is moral.

I plan to write more about this soon but the recent book Capital Without Borders is a real eye-opener (https://www.amazon.com/Capital-without-Borders-Managers-Percent/dp/0674743806/ref=sr_1_1?ie=UTF8&qid=1490274554&sr=8-1&keywords=capital+without+borders).

Brooke Harrington has written a super book on how the super rich shield their wealth and it reveals a problem for anyone wanting to affirm high fashion.

Are tax havens immoral? They are certainly problematic. For the countries themselves, they can be good. The Cook Islands is one of the most isolated places on earth and housing the wealth of the super rich is a pillar of its economy. However, the super rich invariably prefer to live in their native lands: offshoring their wealth, they do not financially support the common good of their nations that they happily rely on each day.

Luxury goods generally, but haute couture especially, is sustained by high-net-worth individuals who lodge their wealth in tax havens. For example, Dolce & Gabbana’s alta moda collections are unwrapped at invite-only celebrations with a guest list no more than 250 strong (see V&R, Chapter 1); and every client is a high net-worth-individual, almost all surely housing their wealth offshore.

Perhaps a scorched-earth libertarian, who thinks all taxation immoral, sees no issue with tax havens but many in the fashion world congratulate themselves on being progressive. Though more needs to be said, there is a disturbing asymmetry in fashion between the moral high ground designers are so quick to occupy and the moral character of the wealth they mine each day to support their businesses.