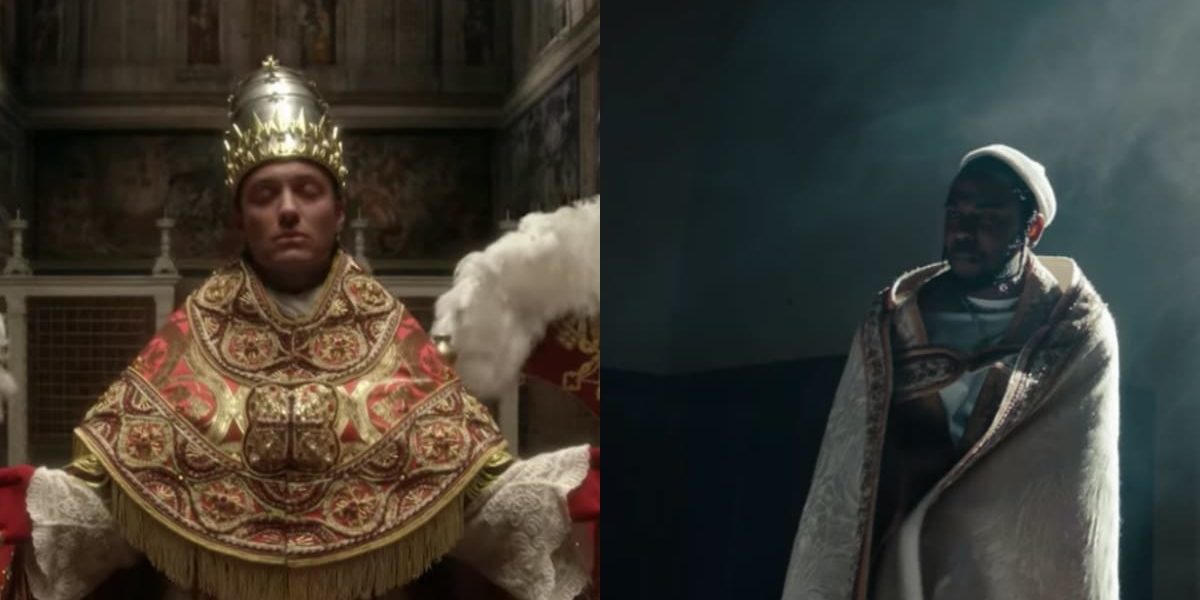 In light of the recent Annual Andy Warhol Lecture at Loyola last week, I thought a brief comment on Kendrick Lamar’s new song Humble might be useful.

A principal claim in V&R belongs to Max Scheler: either you venerate God or some other god.  This point is so important because one of the things you hear all the time from liberal quarters in the West is that religion shouldn’t intrude on moral and political discussions, that the West must value pluralism and so religion can play no role.

Happily, Kendrick Lamar seems not to agree.  More about his pop video in a moment but here is why Erich Przywara thinks the liberal position wrong.

One of the main arguments of Przywara’s massive Analogia Entis:

From the beginning of the history of metaphysics, thinkers have been struck by things changing but in an orderly fashion. Amongst the Pre-Socratics, Parmenides stressed order and Heraclitus motion. The stresses in reality are there but each thinker exaggerated and set up a dialectical whiplash at the start of the West’s reflection on reality.

In light of Parmenides, metaphysics stresses: mind, ideal, a priori, one, unity, stability, and essence. Theologically, this tendency is theopanism, the idea “God is all.” It is an emphasis on sophia. Thinkers tending towards Parmenides include Plato, Augustine, Dionysius, Descartes, Kant and Husserl. In light of Heraclitus, a counter-image: body, material, a posteriori, many, difference, movement, and existence. Theologically, the counter-image gives pantheism, the idea “all is God.” The emphasis is on philo. Thinkers tending towards Heraclitus include Aristotle, Thomas, Hume, Darwin, Nietzsche, and Heidegger.

Parmenides’s “All is One” is univocity and stresses the unity of things in a yonder beyond change. Theologically, it offers only “an emptied theology” (AE, 164), a formal, sterile divinity. Crucially, for Przywara, this divine beyond is part of philosophy and metaphysics, not an import from theology. Put differently, the modern liberal habit of thinking of philosophy and theology as sui generis different falsifies the first impulse of philosophical reflection. Heraclitus’s “All is change” is equivocity and puts a stress on the strangeness of one thing to another, pluriformity, chaotic desire. Theologically, apostasy and sectarianism, and delight in myth (AE, 166). The liberal tendency to think of religion an intrusion on an independent-minded pristine philosophy falsifies thought’s original seeking out of strangeness, the grotesque, and the uncanny.

In the video below, Lamar role-plays the pope to deliver a sermon on humility: in this case, you and I needing to be humble in the face of his ascendancy.  Ha.  Not a figure of humility himself, still, Lamar’s video is well designed and invokes one of the most central moral virtues, humility (cf. Summa theologica, II-II, q. 161).  Lamar is more right than many in seeing an appropriate role for religious sensibility.