MLK and the argument of V&R 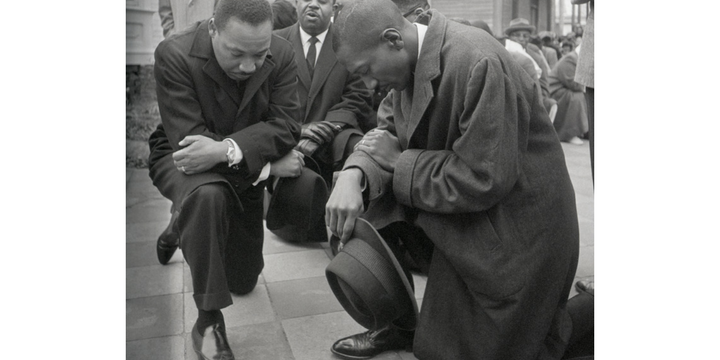 For non-American readers the Super Bowl is the culmination of the American football season and a showcase event when companies spend vast sums to have their ads played during the very many breaks in play American football provides.  There is fascination with who comes up with the best ads and the most imaginative ad companies can gain tremendously by a good showing.  Sometimes there is controversy and this year the controversy touched on the themes of V&R (https://www.vox.com/policy-and-politics/2018/2/5/16973630/super-bowl-martin-luther-king-ram-commercial).

American football is pretty opaque to non-Americans, perhaps like cricket to peoples outside the Commonwealth countries, and another American love affair hard for non-Americans to grasp is the delight in pick-up trucks.  The Ram is one such make.

In the article cited above you have the original video of the Ram ad which offers the vehicle as a call to service: an answer to the hope Martin Luther King Jr. had for all Americans irrespective of colour or creed.  The is the second ad in the article.  The first version is the same video footage of the Super Bowl ad but now voiced by another part of the very same MLK speech used in the original ad.  However, in this part of the speech, Dr. King warns his congregation (it’s a sermon, in fact) that advertisers want you to believe that to be “a man of distinction” you must drink a particular Scotch (Smith’s thesis: V&R, Chapter 4).  The sermon is a powerful condemnation of vanity.

V&R tries to bridge the gap between a biblical sensibility like Dr. King’s and that of the Scottish Enlightenment.  To restate the argument briefly.  Smith argues that you and I are fascinated by machines, we are “lover of toys,” as he calls us.  What we love in machines is their complexity.  What is complexity?  A constellation of value tones.  We give our sympathy to these value tones.  Hume adds that, typically, to have the objects composed of value tones, one must oneself possess the value tones.  To possess objects that are the unity of the arts and sciences one must become the unity of the arts and sciences.  Object and self are thus both moral and there is no immorality is desiring the object.

The original Ram ad is incoherent.  It shows a pick-up that is the unity of the arts and sciences whilst overlaid is a part of the sermon where Dr. King is at his most biblical, denying that service and human greatness requires knowledge of Plato and Aristotle, the knowledge of the arts and sciences.  Dr. King is in full Kierkegaardian flow encouraging the congregation to become new Abrahams.  Hume and Smith dissent from this part of Dr. King’s sermon.  As I try to show in the chapters on papal thinking, as well as the chapters relying on Scheler and Kolnai, Catholic social thought is less Kierkegaardian precisely because more Humean.