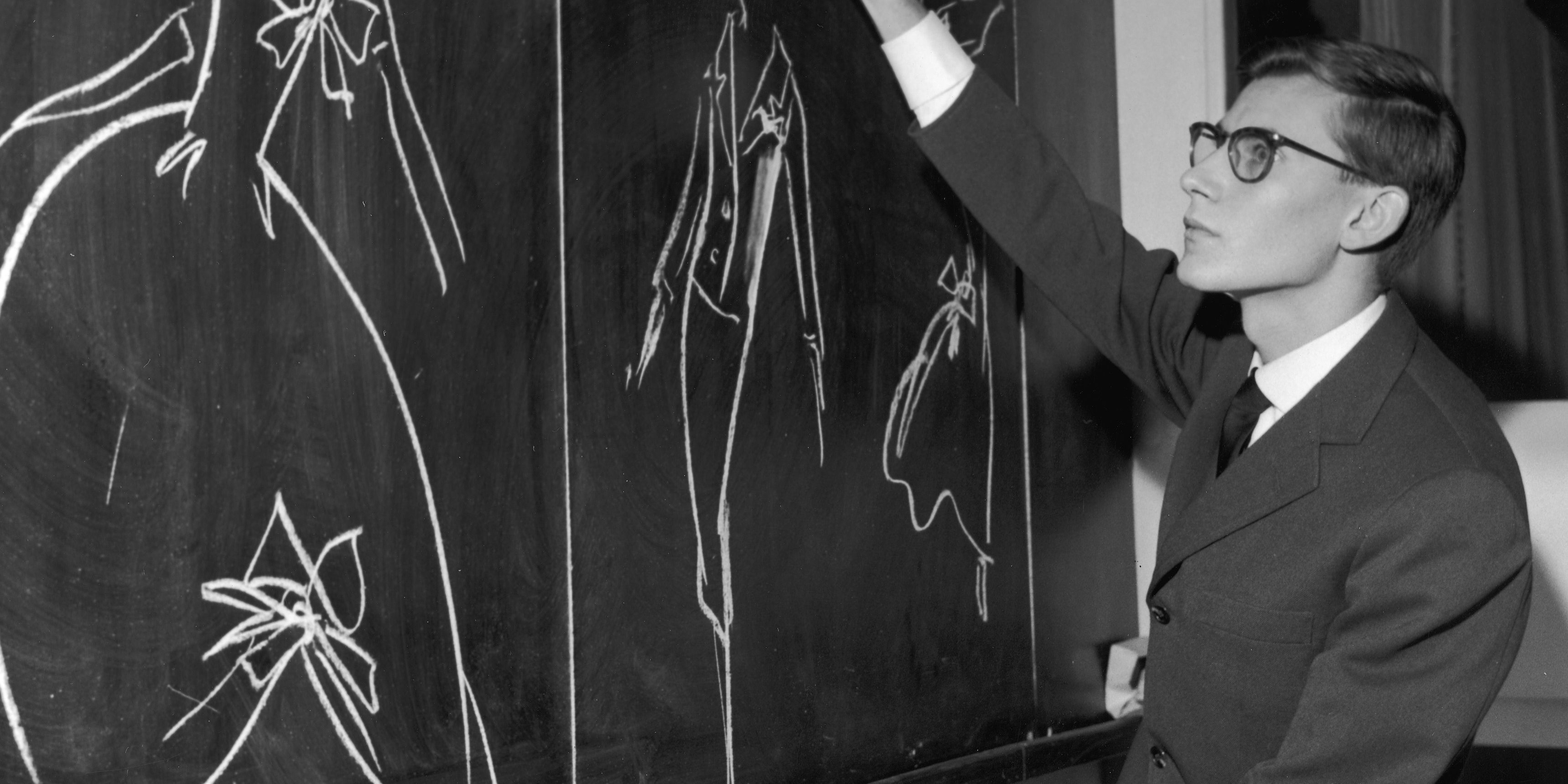 This post’s title might better run: Ethically, Pierre Bergé is wrong. A brief article describes how he is building two museums to house the YSL archive (http://www.wsj.com/articles/the-man-who-gave-us-trench-coats-and-pantsuits-1476895166).  YSL was something of a hoarder and unlike most designers a voluminous record of clothes, sketches, and accessories exists. So many, in fact, that the museums, one in Paris and the other in Marrakech, will rotate exhibits weekly. Quite the treat for those who live close enough to go frequently.

A philosophy professor in Baltimore obviously doesn’t run in the same circles as Pierre Bergé but from articles I’ve read he seems a bit of a contrarian. Outspoken about France’s Burkini ban (for some of his comments, see my http://www.libertylawsite.org/2016/09/07/burke-and-burkinis/), he seems to enjoy being critical of Paris and France, generally. He raves about Apple products and boldly declares: “Today there are three fashion companies – Zara, H&M, and Uniqlo. The lifestyle that created haute couture has disappeared.”

One sentence, plenty to think about: Is he right that the lifestyle supporting haute couture has disappeared? Dolce & Gabbana certainly think not (please see my Chapters 5 & 8), and with an estimated 2000 billionaires on the planet, never mind the many thousands of multi-millionaires, there’s plenty of money for haute couture to earn. Moreover, there is clearly in the USA a new oligarchy and we can assume this emergent “nobility” will increasingly sponsor haute couture (unless it receives some cultural reversal).

This is a factual point, and maybe he is right. Perhaps what he means anyway is that the world of craft so necessary for haute couture is dwindling. True, in some ways, but, again, this does not seem quite right. It is not merely that there are schools of craft like the one sponsored by Brunello Cucinelli but lots of people are re-learning and educating themselves about craft. Whether butchering, brewing, milling flour, car mechanics and restoration, and some jeans companies, to name but a few, a definite vibrant market for craft exists and is growing. Indeed, as evidenced by a recent Under Armour comment, craft is perhaps starting to take the moral high ground (more on this in a day or so).

It is certainly true that young people like H&M a lot, but I think we might resist the idea that this kind of company is fashion or, rather, what fashion ought to be. If fashion ought to be defined as design linked to honest advertising, just working conditions, community, and care for animals, plants, and waterways, then perhaps we can reverse Pierre Bergé’s statement and say those companies most definitely are not fashion. Fast Fashion is a huge market but it is not a moral leader, despite some of H&M’s efforts (see my Chapter 3 & 7 for reasons to be skeptical about the moral responsibility of Fast Fashion).

For reasons laid out in V&R, haute couture, luxury, craft, and Mittelstand companies (please see my post below http://www.ethicsoffashion.com/wool-and-distributist-ethics/) are the moral center of fashion and ought to be what we mean by fashion.