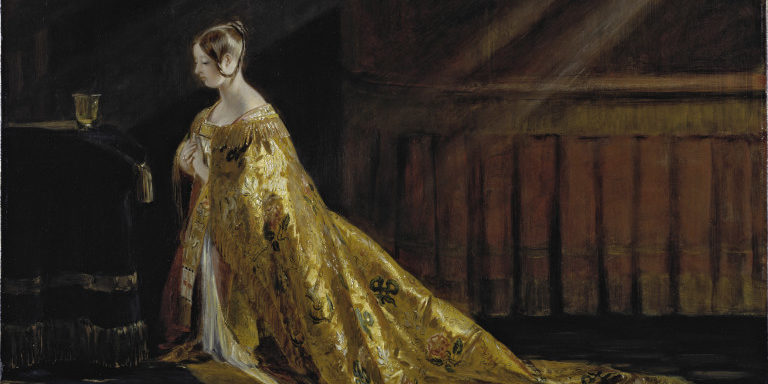 *Special note: This post is a highly modified version of an essay I wrote in response to Leon Kass’s work on the Ten Commandments. Professor Kass was being honoured by the Fr. Ernest Fortin Foundation and I was asked to deliver a response essay to Kass’s reflections. Leon Kass is a leading American intellectual, author of many books, including his important Towards a More Natural Science. Professor Kass is also a generous spirited man.

I am highly indebted to his work on the Ten Commandments in what follows: he has helped me think through the problem of idolatry more thoroughly.

Professor Kass’s essay is part of a manuscript he is working on so I have deleted quotations. However, here he is at Harvard University talking about the topic at length on camera: https://www.youtube.com/watch?v=WBfCSXA8jR0.

The Preface to V&R opens with the question whether there is something odd in monks making anti-aging cream for the beauty company, Fresh. Put more starkly, is this an encouragement to others to venerate a false god?

So very striking about Aquinas’s treatment of idolatry is the role clothes play. I hope you enjoy this essay.  It is in two parts: first, a section on natural law, second, the use Aquinas makes of clothes when considering the Second Commandment.

I like working on classic cars but when I get out of my depth I visit a local car mechanic’s garage in Baltimore. As you approach the door to enter Masood’s building, stretched across the window is a poster. It reads:

Then came the Second Amendment.

It might seem strange to say but intellectually it is a rich poster. Consider how differently Thomas Aquinas and Leon Kass are likely to read it.

[An aside: for non-American readers, the Second Amendment is part of the founding documents of American life. Ratified as part of the US Constitution in 1791, it permits widespread gun ownership in the USA. It has become politically controversial in recent years.]

Professor Kass stresses the sovereignty of God, the Ten Commandments as the root of a particular people, the corner stone for the building of a unique and specific culture. This is a possible position if the Ten Commandments are not natural law precepts universally comprehensible and binding on all, but the formula of a decision made by God for a specific people.

If the Ten Commandments are a positive law made by a sovereign God then an illustration of the standing, and grip, of this law might be: you are bound in a specific way to the American Founders who posited a way of American law and life and I am bound differently to a body of British law posited by monarchs and parliament.

Is this difference between natural law (Aquinas) and divine positive law (Kass) significant?

In his 1993 encyclical on moral theology, Veritatis Splendor, St. John Paul II quotes Aquinas that “God gave this light and this law to man at creation” and then himself adds: “He also did so in the history of Israel, particularly in the “ten words,” the commandments of Sinai” (VS, para. 12). On Thomas’s account, natural law was not promulgated in history because promulgated with rationality itself (ST I-II, q. 100, a. 3; de Vitoria, Political Writings [Cambridge, 2001], p. 160).

What is the deep reason for why Aquinas and John Paul II think the Decalogue was given with creation itself, for why John Paul II thinks of the Decalogue as “God’s original plan for mankind” (VS, para. 22)? Francisco de Vitoria – a Spanish Dominican moral theologian of the sixteenth century, widely thought to be Aquinas’s greatest interpreter in matters of law – provides a vivid answer:

“A doubt arises whether it would not be enough for all human law to derive from positive law? What need is there for it to derive from natural law? The reply to this is that even positive divine law itself is to a certain degree dependent on natural law, because God `ordereth all things graciously’ (Wisd. 8:1). Hence there has never been a divine law which did not have some reason in natural law…” (de Vitoria, p. 173).

Here, de Vitoria puts great stress on the idea of graciousness as an objective moral and aesthetic reality that God deploys in creation. The importance of this formulation will become clear shortly when we discuss idolatry.