Is Roger Caillois at play in Lacan’s mirror stage? 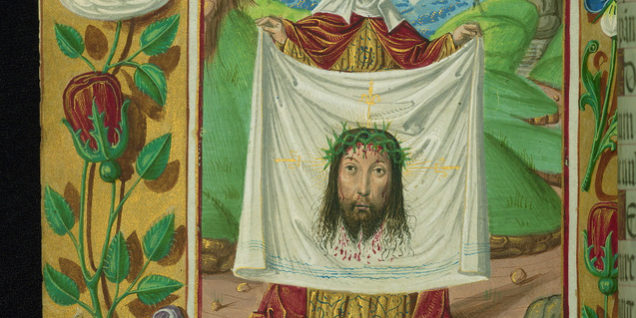 Man, Play and Games is a great book by Roger Caillois.  It adds many insights to the already fantastic Huizinga work, Homo Ludens (discussed in many blogposts at V&R, as well as V&R Chapter 6).  Philosophical works are fascinating (of course!), and some are surely close to the truth: these two books are examples.

Caillois discerns four categories of play that break into two pairs: mimickry and vertigo, and competition and chance.  He builds a social theory upon these pairs.  The former characterizes primitive societies and the latter advanced.  Original Australian and American societies “ruled equally by masks and possession” are examples of the first.  The latter: Assyrians and Romans “are orderly societies with offices, careers, codes, and ready-reckoners” (p. 87).

Caillois does not specify but some sort of fissure is necessary to break the spell of the first pair, so that a society can develop towards rule of law and administrative sophistication (p. 142).  Civilisation is the substitution of the norms of competition and chance for the prestige of mimickry and vertigo (p. 141).  Put differently, the policeman replaces the shaman:

“The uniform is also a disguise, but it is official, permanent, regulated, and, above all, leaves the face exposed.  It makes the individual a representative and a servant of an impartial and immutable rule, rather than the delirious prey of contagious vehemence” (p. 132).

Caillois’s book dates to 1958 but he features in Lacan’s famous 1949 essay on the mirror stage (see Ecrits (Fink edition], pp. 75-81).  As Lacan tells us, his idea of the mirror stage dates at least to 1936.  Perhaps it’s possible to figure out who influenced who, though more likely it is a case of ideas in the air and an upswell of brilliantly fecund French minds all intimate with one another (very comparable to the Scottish Enlightenment).

Interestingly, what Lacan finds most interesting about Caillois’s early work, Caillois retracts in his book on games.  All the same, what is most striking is that Caillois’s four categories of play are present in the mirror stage.

The mirror stage is about prestige.  The fledgling infant attains cohesion, competency, and adornment in mimicking the image in the mirror.  Monkeys tire of seeing the image in the mirror, but a child playfully imitates it, gesturing away, drawing out a relationship between the image and the movement of the child’s body.  Propped up before the mirror, often in a child’s walker, the infant, “overcomes, in a flutter of jubilant activity, the constraints of his prop in order to adopt a slightly leaning-forward position and take in an instantaneous view of the image in order to fix it in his mind” (Ecrits, p. 76).  Mimickry and vertigo paired.

This specular image is in fact a mask, it is the “veiled face” (p. 77) of what Lacan calls an imago, a content of the symbolic field, wherein aggression coheres around “common images” (p. 85): Lacan offers Bosch as an “atlas” to these imagos.  In Lacan’s terms, the imaginary borrows from the symbolic.  The imagos of the symbolic are “the images of castration, emasculation, mutilation, dismemberment, dislocation, evisceration, devouring, and busting open of the body” (p. 85).  A point amusingly relayed in the film version of The Hobbit (https://www.youtube.com/watch?v=5InjIHvyW-c).

The image is a mask not only because it is not quite the child who adopts it, but because it resolves the problem of desire.  It divides the child into competing versions and this cut is castration.  Castration is the origin of rule of law, the child’s competition with the father for the affections of the mother substituted by the rules of games of competition (http://www.ethicsoffashion.com/hm-want-to-castrate-you-hms-fashion-mirror-x-lacan/).

In Lacan, the mask is both vertigo inducing and the law.  Caillois identifies something similar: cases where masks are taken up in ceremony and liturgy and thus convey law (p. 140).

The acceptable face of desire — the goodness of the image is evident to the child from the praise parents give to it — the image provokes jealousy in the child, aware that the glamorized image is not quite a match of the chaos of the infant’s fledgling body (http://www.ethicsoffashion.com/lacan-on-fashions-dark-psychology/).  Competition within the self and within the family (Does this also explain the domestic setting of so much detective fiction?).  This competition is given shape in games and precisely with what rules is a matter of chance.  It depends on a playing field stemming from what Lacan calls “a chain of signification.”  Immersed in language not of our choosing, our fates are tied to language games consolidated in establishment: the laws, mores, and manners of our civilizations (https://www.lawliberty.org/2018/01/17/jacques-lacan-conservative-icon/).  Competition and chance paired.

For Lacan, our identity is a play between the shaman and policeman, poles that structure our minds.  Perhaps this is why Lacan is so attached to the idea of veiling: a mask that hides and reveals.

Alexander McQueen captures the point: fascination and adornment, the geometry of rule and order, the panic and castration; the mirror stage in a fencing mask, replete with motifs of the grill behind which nuns in seclusion live, motifs with which we all live, in fact.