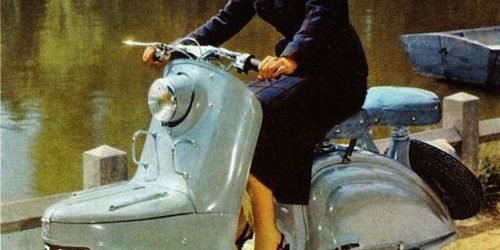 This is the question posed here in a NYT article but Jacques Lacan is sure the answer is “no.”

The piece offers useful background on the origins of high heels and the fact that men and kings used to wear them.  Like so much fashion, they began with the calvary. The thesis of the article is moral: heels ought to be abandoned because they are painful to wear and retard gender equality.  The underlying assumption is common to almost all fashion pages: fashion is a vehicle to end suffering and affirm progressivism, equality, and benevolence.  French psycho-analyst Jacques Lacan begs to differ.  Wearing high heels hurts because jouissance, a whirlwind of excited self-affirmation and self-harm, is the abiding structure of our psychology.

For Lacan, the basic problem psycho-analysis addresses is identity.  Identity is fraught, inescapably mixed up with aggression and affirmation, the desire for recognition.  Our subjectivity is complex.  Animating the whole is The Thing, a place we want to fill yet shudder before.  Glimpses of The Thing are found in holes, a vase, for example, or containers like matchboxes, or in gaps, like the wounds of Christ.  The psyche hovers about gaps, cultural production returning again and again to holes, hence the utter centrality of funeral rites, managing the void of grief.  Sometimes these rites literally centre on going down into a sepulchre.  A surrogate for the experience of going down into the tomb?  Slipping one’s foot downward from the raised back of a shoe into the gap down below.

The desire to experience the hole, to engage with The Thing, to enter absence is both exhilarating and horrifying: to explore one’s core is also to cancel meaning, to suffer.  Jouissance is that desire and to touch and taste it we find surrogate experiences of suffering, whether high heels or the Crucifixion.

If the hole for the foot, and the downward motion of putting the shoe on, is explained by the sepulchre and funeral rites, and ultimately The Thing, then another part of the psyche further helps explain the elevation of the heel.  Not merely does the heel foster the descent to the tomb but it raises up.  Toying with absence and the end of meaning, the heel also resurrects and affirms.  Putting at a height is the most primordial experience we have of veneration (V&R Chapter 7).

Seeking and recoiling from jouissance is a basic phenomenon of the psyche but so is the ego splitting into a specular image.  This image the ego invests with value, venerates, makes untouchable.  It is the origin of the ethical demand, the obligation to do no harm.  It functions as a refuge, a site for the ego to find sanctuary from the other direction of its desire, self-harm.  In Lacan, within ourselves, we span and oscillate between self-harm and vanity, between destruction and veneration of the self.

High heels are not going anywhere, they are too psychologically adroit, stoking and soothing the mental furies within. 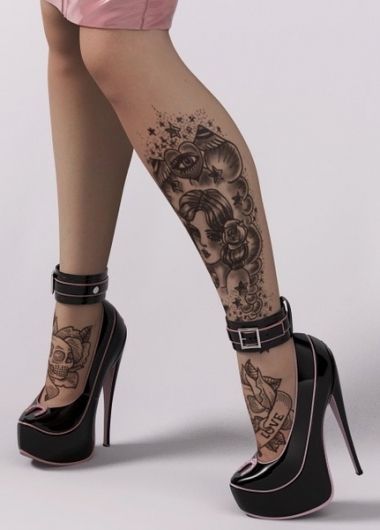