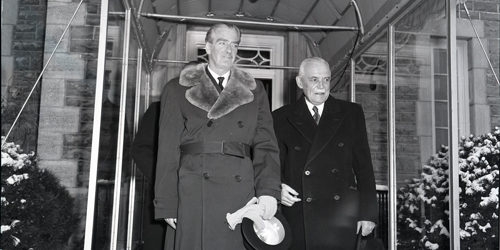 It’s likely true that most of us lack self-awareness, and especially when it comes to fashion. By this I don’t only mean that most of us are poor at really isolating what clothes, looks, and fit suit us best, but rather more that few of us are aware of how fashion functions despite its being the sea we swim in. Legion is: those who enjoy fashion but never think much about it; those who, walking around with iPads under their arms, are quick to say fashion is irrelevant in their lives; and those who love fashion and think it a beacon of civilization but are utterly confused about what this means.

There is nothing civilized about a recent post at fashionista.com (http://fashionista.com/2016/11/melania-trump-fashion?utm_source=hs_email&utm_medium=email&utm_content=37890302&_hsenc=p2ANqtz-8421n0Jc7ilenrQbtHEc_DBSefDTAMqkscRpdw3rg9QqlhsL-S-NO2OHqGkgP3yq-IOCgfCe2bNImjlF9hnQxpsrdtVw&_hsmi=37890302). Most off-putting is not the confused argument the post seeks to make but the snobbery. It positively drips with it.

Lacking all graciousness, the post argues that because Trump and Pence are anti-abortion, anti-gay marriage, and anti-free trade, fashionista.com will not be bothering to much comment on Melania Trump and her fashion choices as First Lady.

On this matter, most of fashion is sure to take a libertarian position. Post-election, Nordstrom, sellers of Ivanka Trump’s fashion label, has declared, “we strive to be agnostic” (http://fortune.com/2016/11/22/nordstrom-to-keep-selling-ivanka-trump/). Libertarians are committed to free association and fashion, like other sorts of business, is a matter of designers and consumers finding one another in a marketplace. Keen on the egoist philosophy of Bernard Mandeville (d. 1733), the libertarian thinks that moral values need to compete for market share like everything else. A business that claims the moral high ground, argues Mandeville, is likely just to end up being a business with a lack of business: for it misunderstands the deep reality of human life itself, that “virtue makes friends with vice.”

The libertarian position has a bracing consistency about it whilst fashionista.com is just confused. They want to argue that fashion is about playing with norms, a challenge to the conventions of sexuality, gender, identity, and the power structures of politics and religion based upon these, and at the same time they want to argue that commenting upon Melania’s fashion choices will normalize the politics of Trump. What is fashion’s function? Is it about subversion or Establishment? It seems fashionista.com has no clue.

My point is not new. In Chapter 8, I discuss Agamben making this very point: he argues that fashion’s interest in spectacle assists the state’s micromanagement of our bodies. He denies there is such a thing as counter-cultural fashion. In that chapter, I dispute Agamben’s account of fashion’s confusion and here I want to argue that there are conservative principles behind “fickleness,” as Mandeville called fashion.

Conservatism as a name for a political sensibility dates to Continental theorists responding to revolutionary turmoil at the end of the eighteenth century and the first half of the nineteenth. The most famous include a triad of rightist theorists: the Frenchmen de Maistre (d. 1821) and de Bonald (d. 1840), as well as the Spaniard, Donoso Cortés (d. 1853). Each was a theorist, as well as a politician, and all were aristocrats active in Restoration politics after surviving revolution. The most probing restorationist of the twentieth century – a thinker widely read by the Left – is Carl Schmitt (d. 1985), and his work grows from a close consideration of the nineteenth century Continental triad.

Schmitt wrote extensively on these thinkers immediately following Germany’s defeat in the First World War: he was then militarily involved in the forestalling of communist revolution in Germany and later worked as a jurist – shamefully – for Nazi government 1933-36. No excuse should be made for this or his anti-Semitism, though it should also be pointed out that his anti-Semitism was no worse than that of the Russian anarchist and terrorist agitator Bakunin (d. 1876), who is much admired on the Left, nor do his books drip with the racial fascinations of that greatest darling of the Left, Nietzsche (d. 1900).

Conservatives do not think the arc of history bends towards justice but instead worry about the fragility of civilizational order, and serve up disquieting insights on what it takes to hold onto the gains of civilization. Can the obligations that a people owe to its past and future members be isolated from the laws of inheritance and the privileging of family? Why are hierarchies so stubborn and why do they reassert themselves even after the most violent leveling? Why do ideals of nobility resurface in cultures committed to the transvaluation of values? Is the fascination with the knight – fully on display today in Star Wars, Harry Potter, Game of Thrones, The Hunger Games, and Lord of the Rings – of no real political and cultural significance? What does this fascination say about the connection between morality and justice?

Conservatives wonder whether civilizations can survive the decline of religion, the weakening of tribal bonds, an indifference to bookishness, and skepticism towards high art. They wonder what excesses might result when progressivism subverts Establishment, when embodiments of learning, sanctity, modesty, service, political, diplomatic, and industrial expertise are berated.

In his 1919 Political Romanticism, Schmitt documents Burke’s formative influence on Restorationist thought. The Continental triad follows Burke (d. 1797) in the claim that persons’ creativity radically depends on resources gifted to them by the traditions of their communities: innovation stems from deference to the tried and tested customs of particular and unique polities. Do we expect the next computer genius to be from France, or more likely America? Is the next great soccer player likely to come from America or Argentina: the next generation car designer from Uganda or Britain? Fashion? Could a great designer emerge from Iceland? It is possible, but more likely France, Italy, Japan, Britain, and the USA.

Like these Continental aristocrats, Burke was gentry and a politician who carefully tended inherited political arrangements. Profoundly, he argued that a vigorous defence of rights depends on upholding Establishment. Rights, he believed, were historically earned, not so-called `natural’ rights: rights are birthed with institutions of law. Revolution, he warned, was no great drama to be celebrated, but a wrecking of institutions that leave the people exposed to raw government power. If linked to an assault upon religion, revolution becomes monstrous, rending political and social life. A divine lawgiver foreign to and greater than the state relativizes the state: remove divine law and state power becomes limitless. Attacks on religion are inevitably also attacks on property: church property is managed for the ages, a physical reminder to government that it serves a social bond transcending immediate pressures, a bond of the dead, living, and yet born.

Being the very model of a theoretician and politician, Burke nonetheless had an aversion to the “political geometricians” (Schmitt): those who misjudged the supraindividual basis of political legitimacy, those calculating minds who foolishly replaced tradition with rationalist schemes they believed adequate to the nuances of governance.

As fashion is partly an exercise in geometry, a temptation to a novel drafting exists, but it is also tradition bound: fashion defers to tradition not merely for inspiration (e.g. Zach Posen’s reliance of Charles James), but also in dressing people for public occasions demanding decorum (e.g. weddings and opera-going), and not least a submission to the arts of craft and tailoring (the savior-faire of the ateliers).

Instead of geometry, Burke preferred thinking of the polity as “the original plant.” This gardening motif makes politics a careful cultivation of an inheritance. Retaining their identity, plants nonetheless change to suit the season and so must politics: conservatism is not the same as an embalming rigidity but nor does it experiment with fundamental, sweeping change, for this would be to treat “the original plant” as no better than a weed. This Burkean motif of restraint perhaps explains George Washington’s instruction that each regiment build a garden (see Andrea Wulf’s account of Washington in her Founding Gardeners [Vintage Books, 2012])? What lesson in the use of military power did Washington think this would teach? Fashion houses have more in common with Burke’s effort to drape political reason in “the spirit of a gentleman, and the spirit of religion” than they might suspect.