Disgust and the moral mission of fashion 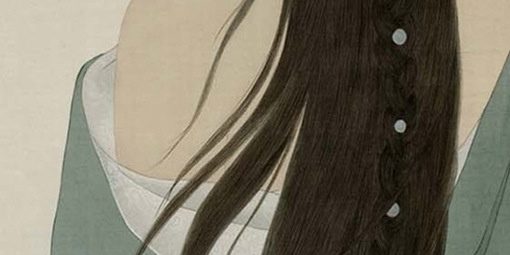 Fashion’s moral failings are widely broadcast.  A leading polluter of the planet, a leading beneficiary of slavery, a pernicious influence on body image and self-esteem, to name a few.  It is worth recalling perhaps that fashion is also a principal support of moral order.

To some in fashion, this is not welcome news: they thrill to the idea of subversion and the collapse of old pieties.  Such voices are massively outweighed not only by the traditions of the great fashion houses but consumer avidity for craft and heritage, whether English Savile Row, Italian cars, or French dresses and luggage.

There is a more profound sense in which fashion sets its cap at morality and away from subversion.

In his influential 1927 essay Disgust (a brilliant work available in book form from Open Court) Kolnai (V&R, Chapter 7) argues that disgust is an original and irreplaceable lens onto the moral world.  He argues that disgust is provoked by life in the wrong place.  Imagine coming home and finding a dead rat on the stairs up to your bedroom.  Or perhaps your cat eats a baby rabbit on the back patio and you’re left having to dispose of the head and bowels, the only bits left after the long feast.  Kolnai himself gives dozens of varied examples and argues that even a tendency to unrelenting thought can provoke disgust.  “There is something disgusting in the idea of everything on earth becoming pasted over with musings and broodings, or with hair-splitting calculations.”  An interesting illustration is the Eye of Sauron and perhaps explains the global appeal of Tolkien and the desire for the heroes to defeat the never-sleeping, prying eye.

Something disgusting is marked by “its will to be near, its non-self-containedness, or, as I would rather put it, its shameless and unrestrained forcing itself upon us.  The disgusting object grins and smirks and stinks menacingly at us.”  This explains the disgust aroused by workplace sexual assault that has powered the fall of many powerful men in politics, media, and fashion.

It is the “non-self-containedness” of the disgusting that runs so counter to morality.  Persons, says Adam Smith, are “hedged round against the approach of every other man; not to be wantonly trod upon, not even to be, in any respect, ignorantly and involuntarily violated” (TMS, 107).  The disgusting is proboscis-like, wantonly wheedling its way through the hedge of discretion and distance that marks that dignity of persons.  Scheler observes that it is morally basic that persons be free to disclose themselves to others or not.  It is the great mark of love that one does disclose oneself.

The disgusting is a challenge to personhood, therefore.  For this reason, something found disgusting is “where the body obtrudes upon us simply as such, when it makes itself felt too much as a body, so that it is devoid of that `human’ role which makes it acceptable.”

Compounding the issue is a layer of our moral psychology that in various ways builds identity and seeks solidity in group feelings.  Scheler calls this layer `identification’ and argues it is inescapable and does important work so long as it is integrated with more individualized and discriminating sympathies.  When positive and balanced by self-awareness — e.g. the totemism of supporting a soccer club — it builds solidarity.  If self-awareness is lacking, it can collapse into emotional infection, and see cascading emotions obscure all nuance, leading to slander and violence — e.g. the completely predictable way that Twitter causes “scandals” of cascading emotions and condemnation.

Happily, fashion navigates both identification and individuation.  Fashion encourages adornment and stylization, affirming the “human role” that cuts against the preponderance of the body, elevating it into the personal.  Fashion is thus one of the great barriers against the disgusting.  Affirming persons, it is not too much to say it is a sentinel of moral order, and, despite justified criticism, the fashionable are right to celebrate.