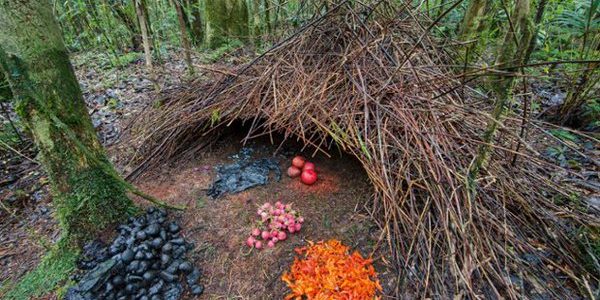 There is massive contemporary interest in Darwin and ethics.

I have finished the book I mentioned a few posts back (http://www.ethicsoffashion.com/courting-birds-huizinga-right/).  The author’s argument is that evolution develops along two fronts, and one of these is aesthetic. Though Darwin himself argued this, contemporary Darwinism does not agree.

According to natural selection Darwinism, adornments are selected over time because they signal that the bearer of the adornment is a good replicator or good at getting food: adornments are “honest advertisements” that the bearer is useful for food or procreating. Adornment exists, therefore, because biological systems are bent on survival, not because they want to be beautiful.

In The Evolution of Beauty (Doubleday, 2017), Richard Prum argues that the study of birds shows, as Darwin himself claimed, that there is a second principle of evolution, beauty. The picture at the top of this post is the lekk of a bowerbird: I think it simply astonishing.

This minority position in Darwinism repeats a debate between Hume and Smith. Darwin was a keen reader of Smith. Against his close friend, David Hume (see V&R Chapter 1 for discussion of Hume), Smith argues that we desire objects not merely for their utility but also for their “artful arrangement.” Smith goes further, arguing that frequently we desire the artistry of the object over its utility (see V&R Chapter 4).

Prum believes his research confirms this. Many birds have evolved adornments that actually outrun their usefulness in securing food or fertility. Research shows, Prum argues, that female birds want their mates to be beautiful, even if encumbered by adornments that are awkward for survival. On this account, not only is natural selection not the sum total of the reason for species change, but sometimes the two drivers of evolution are at odds with one another.

I won’t rehearse Prum’s various arguments but just make a couple of points. The book contains some amazing examples of bird life and in my earlier post I noted how birds confirm Huizinga, with the role of courts and ritual in mating.

Prum argues that male birds are the most ornate because female birds select for adornment and beauty when choosing a mate. I love the idea that beauty is a sui generis category and an independent driver of evolution unable to be reduced to natural selection. However, parts of his theory do not seem to me to make much sense.

Throughout the book there is a univocal use of terms. Prum wants to argue that because female birds have choice so choice in contemporary sexual politics has a natural foundation. He constantly signals his progressive liberal politics.

Research confirms, he contends, that birds have the cognitive capacity to make discriminations between adornments. The problem is that flowers (and butterflies) are also tremendously ornate, so why does choice follow? Sadly, Prum does not discuss flowers in the book but hyper ornamentation in nature does not seem to be related to choice or cognition. If these are not necessary for ornamentation to be present then Prum’s constant running together of bird biology and contemporary sexual politics seems unfounded.

Prum accepts, of course, that human sexuality is vastly more complex than anything in the animal world but I wonder if he really squares up to a significant problem. All interested in the ethical application of Darwin’s biology draw parallels between animal social interactions and human social life. Overreach must be avoided, but Prum strikes me as less cautious than someone like de Waal.

Birds, Prum insists, do have sex. He lays great stress on this. It is this that enables him to say female bird choice in nature justifies human female choice in sex and reproduction. Female birds exercise sexual control over their bodies and therefore no one can tell women what should happen in their reproductive lives either. But do birds have sex, as we understand it? I think Lacan is exceptionally interesting and his claim that the unconscious is a deep and fraught origin of our sexuality means that sex for us is not like sex for animals. For us, sex happens inside a symbolical linguistic order and our sexual politics must defer to that utterly human fact.

I strongly recommend Frans de Waal’s book, Primates and the Philosophers (Princeton, 2006). Darwinian ethics stems from the insight of Thomas Malthus that there are moral effects stemming from geographical causes (An Essay on the Principle of Population [Cambridge, 1992], p. 248). This is a profound insight and ethical theory cannot just brush it off. There are enormously interesting moral claims that can be made on the back of Darwinism but cautions are always necessary: there are problems with de Waal’s book, too, but he is alert to the limitations, at least.

How essential is choice and cognition to Darwin’s claim that beauty is a sui generis driver of evolution? Beauty might be a driver in the absence of cognition and choice.

As frequent readers know, I am especially interested in Shaftesbury’s aesthetic ethics – the background to Adam Smith – and his theory of value-tones as one of the earliest presentations of value theory, made famous by Scheler in the twentieth century. My preference in ethics is value theory (Scheler, Kolnai), which is also, I contend in my various books, a feature of natural law (Aquinas, Wojtyla). Evolution, I suspect, defers to values.

A hint that this is true is found in AI. Even when AI learning is not coded for human cognition patterns, “free” AI categorizes new objects encountered by shape, just as do humans when learning. This uncanny result suggests a deep Platonic order to learning and reality. Might the beauty of flowers and the beauty of birds reflect the shaping power of value-tones? 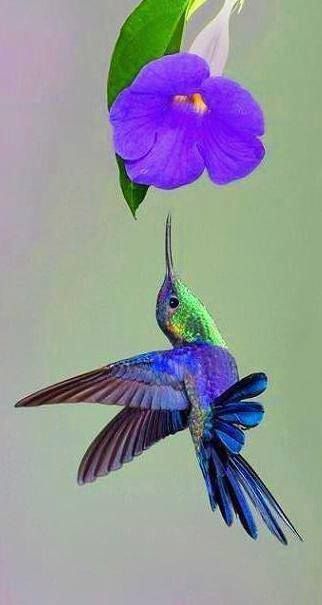 Richard Prum’s book is an enjoyable read but unless I am missing something I do not see why the adornment of flowers is a case of natural selection but the adornment of birds a case of aesthetic selection. His point is surely that a break is clear because with birds we encounter cognition and choice and such is absolutely necessary for beauty to register. But adding the requirement that conscious subjectivity is essential for the efficacy of beauty has a significant downside. A Platonic inspired theory of value-tones can account for beauty in flowers and birds whilst Prum is left implausibly claiming that the beauty of flowers (and butterflies) has one source and the beauty of birds quite another.

I have always been impressed by Max Scheler’s idea (one adopted by Merleau-Ponty) of a pervasive sympathetic attunement or telethesia running through nature. Scheler argues that co-ordinations amongst animals, and animals and their environments, rely on televaluations, a primordial communication and identification with value-tones. See the fascinating pages in his The Nature of Sympathy (Routledge, 2008), pp. 26-33. This theory – and Scheler gives some good examples by way of illustration – does not carve off the adornment of flowers and butterflies from those of birds. 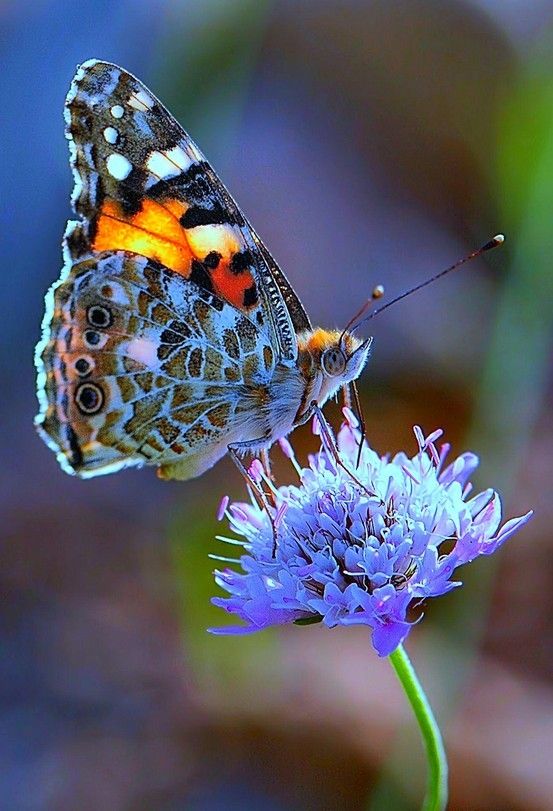