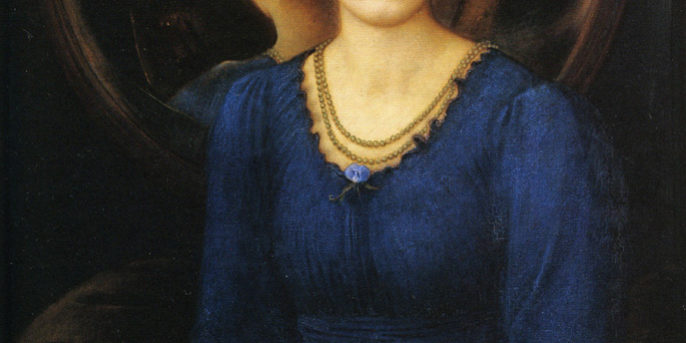 *Over the next few weeks I will add a few posts about St. John Paul the Great’s contributions to personalism.  It’s the account of ethics that underwrites CST and these posts will compliment nicely V&R Chapters 2 and 3 on Francis and Benedict respectively.

In light of the discussion of Przywara on the self (http://www.ethicsoffashion.com/lacan-and-przywara-on-the-adorned-self/), we can assess one of the few formal statements of the popes about psychoanalysis.  Pius XII:

It is only man in the concrete that exists. And yet, the structure of this personal ego obeys in the smallest detail the ontological and metaphysical laws of human nature of which We have spoken above. They have formed it and thus should govern and judge it.[1]

The ego is one part of human nature and this nature has metaphysical coordinates.  The language of obedience firmly introduces natural law, what the pope calls the “charter” that orders the various parts of the human (para. 12).  Elsewhere in his 1953 address to a conference on psychotherapy, Pius XII affirms “man always retains his freedom” (para. 10).  This idea of self-command seems to be the theme of Catholic personalism that most explicitly points to an ego psychology but it must be recalled that the ego is itself ordered by the charter of natural law.  Natural law is an objective order of norms that structure desire.

Natural law is easily misunderstood.  It does not make persons automata.  It is still common in Catholic and non-Catholic circles to meet people who think natural law is biologistic and posits persons as naturalistically programmed to certain limited behaviours – though no one seems to care about this when it comes to Darwin and genetics!  However, natural law is the claim that humans are in a posture of obedience to certain inclinations and value tones that shape a universal moral consensus and local traditions of positive law and mores specific to communities.  For my effort to explain this, see To Kill Another (2010) and Post-Modern Natural Law (2019), but it is the variety of moral contents, and their varied sources, that means charter combines with liberty.

Subtending natural law is theological anthropology and we have seen that Przywara’s has significant continuity with Lacan’s non-ego psychology.  For neither thinker is the self adequate to the self.  For Przywara, the self is a “mirror in an enigma,” compelling a dark night of the soul, which springs from a cosmic darkness, the “night of God’s marriage on the Cross.”  That we are raised with the Cross is a function of metaphysics.  The analogia entis means we are always “hanging in God” (AE, 427).

It is likely fair to say that Catholic personalism found its normative formulation with Karol Wojtyla/St. John Paul the Great.  There is an essential part of Wojtyla’s thinking that cannot be gainsaid.  He was writing in conditions of Communist tyranny and as a young college professor saw that tyranny – amongst other much graver matter – shut down the Jagiellonian University, which had been in existence for over five hundred years.  He was anxious to preserve liberty and argued that the moral heart of liberty was self-realization in light of the truth.  It is the very structure of personal being (PC, 151) to form the self through the objective value order (PC, 155).  He puts his point beautifully: “Through this aspect the human being as a person stands as though above the world.”

Political liberty rests on the capacity of persons to determine themselves before the moral law.  Is ego psychology essential to this capacity?  Is it wrong to worry that Lacan’s barred subject – the product of the language of the Other (the unconscious) – concedes in principle the closing of transcendence which might entail the grip of tyranny?

Wojtyla’s early writing is known as Lublin Thomism and reflects his time as a professor of philosophy.  His later work – and we’ll look at that in a future post – reflects theology far more, not least his lifelong interest in St. John of the Cross.  This will change the balance of his thinking for on the one hand, he affirms the person as “conscious efficacy” (PC, 137, 190-91) but, on the other, insists this affirmation must be made “in all its realism” (PC, 137).

Personalism must respect the “experiential character of ethics” (PC, 123) and Lacan offers a vivid phenomenology of desire.  Though Wojtyla had reservations about Scheler, he did accept his argument that emotion is a moral sense opening out into value tones.  “It seems to me that feeling, emotional experience, has a kind of suggestive meaning for the apprehension of morality” (PC, 125).

Values appeal but response is free:

“Self-determination in some sense points to self-possession and self-governance as the structure proper to a person.  If I determine myself, I must possess myself and govern myself” (PC, 192).

The problem with this conviction is evident when Wojtyla writes:

“In phenomenological experience, I appear as someone who possesses myself and who is simultaneously possessed by myself” (PR, 193).

Przywara and Lacan are both skeptical about this phenomenological evidence.  The stakes are high, for Wojtyla argues that “only if one governs oneself can one make a gift of oneself, and this again a disinterested gift” (PC, 194).

Wojtyla also opens himself to a challenge, writing: “nature in what we might call its traditional sense, the metaphysical sense, is the essence of a thing taken as the basis of all actualization” (PC, 182).

Following Przywara, neither phenomenology nor metaphysics supports ego psychology though Wojtyla’s early Lublin personalism does tend in that direction.

A future post will examine St. John Paul II’s later personalism but for now he leaves us with a powerful question: Can a non-ego psychology offer an account of decision that transcends the possibility of tyranny in its many forms and makes self-donation real?