Carl Schmitt would not believe his eyes: penguins in a manring? 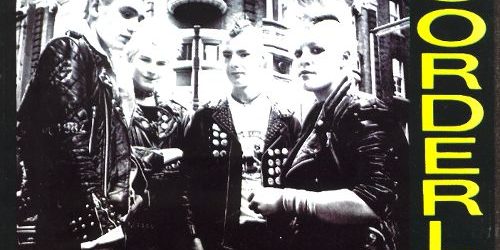 Marking identity is an important role of fashion.  Subcultures the world over employ fashion this way.  Like punk in the late 70s and early 80s — at least in Britain — sometimes these fashion identities take on a strident and antithetical character.  The controversial but brilliant political theorist Carl Schmitt dubbed this the manring.

I do not use the idea in V&R, but in my book on Tolkien I use the idea a lot: just because Tolkien uses it a lot.  In many scenes of the book and the film, the heroes are forced into back-to-back fighting and form a ring with their bodies to repel threats.  This is the manring at its most antithetical, but, for Schmitt, it is the very structure of political community.  It is not necessarily violent but it does always trace the friend/enemy distinction (for more, feel free to consult my Tolkien and The Lord of the Rings [Amazon, 2014], Chapter 2).

Here are some penguins forming up in a “manring.”  It’s pretty astonishing stuff.