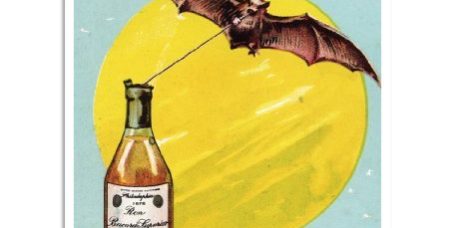 As detailed in Chapter 4 V&R, Adam Smith argues that one is moral if in symmetry with the spectator.  Who is the spectator, how many are watching, how partial or impartial they are, and do they agree with one another are all delicious questions first raised by any moral analysis using Smith’s ideas.  The basic rule of thumb is that you and I will have symmetry with the spectator if our posture suggests “a thousand agreeable ideas,” as he charmingly puts it.

Smith’s use of this idea is really a master class in marketing so it is a significant puzzle that Bacardi uses a bat as its logo.  Bats do not exude “a thousand agreeable ideas.”  Linked in the West with the vampire, their fur is rough and dirty looking contrasting with the velvety qualities of a horse’s hair.  We like horses, we don’t like bats.

It seems that the success of Bacardi stumps Smith: Is his theory wrong?  I don’t think so.

Note the curious transformation in the logo across the years (http://bacardicuba.net/the-history-of-bacardis-iconic-bat-logo/).

In Catalonia and Cuba the bat is a symbol of brotherhood, discretion, and fidelity.  This explains why it was chosen: the family were Catalonians living in Cuba.  In the early years the logo is very realistic but in the last fifty years it has become increasingly stylized and far more like Batman: Batman is a smooth black colour and technological and, crucially, not really a bat; same now with the Bacardi logo.  I imagine this stylization has been necessitated by the global standing of the brand and a move into cultures whose immediate reactions to bats are negative.

If anything,the heritage of the logo confirms Smith’s theory.