Are we still Baroque? 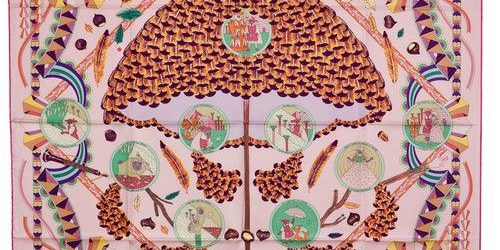 V&R Chapter 6 discusses one of my absolutely favourite philosophy books: Homo Ludens by Huizinga.  This is a book I think largely true.  He identifies the Baroque as an intensely playful period and points to the strange fact that during the Baroque the West expanded its intellectual and commercial footprint all the while its adventurers were wearing the allonge wig!

Here is one of my other favourite thinkers, Lord Shaftesbury, wearing one:

On the cusp of World War II, Huizinga laments that we are no longer so playful and I suspect he is right.  A pleasing exception is the Hermes scarf.  Its square shape functions like a playing field inviting artists to play with outlandish story lines — a prince living in a chestnut tree who wanders the forest carrying an umbrella which transforms into a princess (https://www.wsj.com/articles/SB10001424127887323975004578499110750076242).

Play, argues Huizinga, teaches fair play.  Kant agrees: deferring to the rules of games is a crucial aid to the moral life. The Baroque might relish the overdone but its playfulness also secures civilisation.