Along with a cuppa, a delicacy to keep you thinking 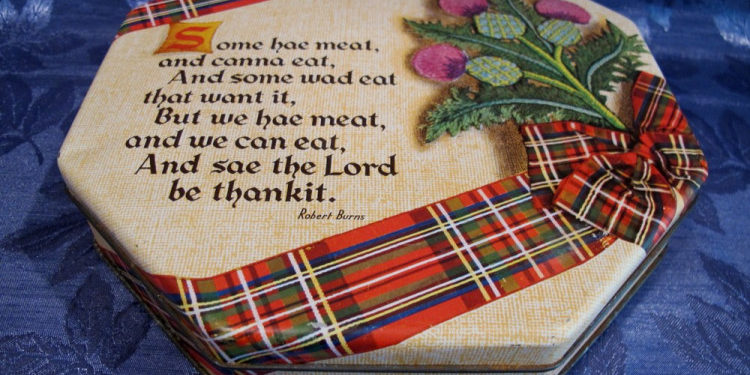 *My middle daughter Charlotte is quite the home baker and I thought I’d share her reflection and recipe for what she is calling:

This recipe requires a bit of forethought. Plan a grocery store trip, some ingredients are not kept regularly around the house (golden syrup) and some are single-use (sweetened condensed milk, chocolate). Plan to start baking early so you’re not caught sweating over bubbling caramel during the warmest hour of the day. This recipe doesn’t require a mixer (!!!) or much skill: the shortbread is dead easy with no need to soften or beat butter, the caramel involves no technique, and the chocolate is not tempered, only melted. Between the baking, cooling, boiling, more cooling, melting, and even more cooling, it will take hours to complete and you won’t know it’s perfect until it’s sliced, but I’ve only had success with this recipe. It’s simple, but with its solid stripe of caramel and unbroken chocolate layer, it is far superior to any slice you’ll get in a cafe.

This recipe does not have weights, though I hope to change that in time.

*I don’t actually know the history of the name. If you do, hmu.

** For easier measurement and pouring, lightly coat liquid measuring cup with grapeseed oil (or other flavorless cooking oil). It will keep the syrup from sticking to the cup and you’ll get every last drop. Just be sure to clean out the cup before measuring the heavy cream.

*** On the one occasion that I did not use this brand, the chocolate layer cracked (the mark of a mediocre millionaire’s slice). Baker’s chocolate can be bought at any grocery store, but if for whatever reason it’s not there, use another 68% cacao chocolate.

2. Prepare 8’’ x 11’’ pan with aluminum foil. Butter the pan all the way to the top, as this confection has some height to it.

3. Combine all the dry ingredients (flour, sugar, and salt) in a large bowl and stir with spatula.

4. Add melted butter to the dry ingredients and stir until the dough is evenly moist and beige. Don’t be concerned if it’s crumbly, it’s all getting pushed together in the pan.

5. Pour dough into pan and spread it with your fingertips and knuckles into a flat layer. Be sure to get into all the corners as well – it is disappointing to get a flimsy slice just because it was on the edge.

6. Use a fork to poke several rows of holes into the shortbread, roughly 1in. apart.

7. Bake for 20-30 minutes. Baking time can fluctuate due to the material of the pan. Check it at 20 minutes and increase time from there. Take it out when it’s firm, but still has a bit of give. The most extreme edge should be slightly brown. It’ll harden as it cools.

8. Let shortbread cool on a rack or in the fridge for AT LEAST 25-30 minutes. Keep the shortbread in the pan.

1. This component takes some time and endurance. You won’t be able to step away once you get started. Use the toilet, pull your hair back, put on some music, and get a glass of ice water. Got it? You’re ready.

2. Place all ingredients in a medium pot with candy thermometer attached. (a word on the candy thermometer: don’t let it touch the bottom of the pan, the retained heat will give a false reading. And if your thermometer does not attach to the pan and you have to hold it, be sure to move your hand occasionally so it doesn’t get stuck in a claw position.)

3. Boil over medium heat, stirring constantly with a spatula. Be sure not to neglect the spaces behind and under the thermometer. If it’s bubbling like lava, you’ve got it just right. It will look pale at first, but as it cooks it’ll turn to a deep taupe. This can take anywhere between 10 and 30 minutes. Aren’t you glad you have the water?

5. Pour caramel over the shortbread as quickly as possible. Again, making sure you get into the corners, spread the caramel into an even layer. Cool at room temperature or in the fridge for 1½ hours, the longer the better.

1. Melt the chocolate in the microwave at 15-30 second intervals, stirring between each burst. Keep melting until smooth.

2. Spread chocolate over caramel. Again, even layer and into all the corners.

3. Cool in fridge until hardened.

2. Lift everything out of the pan using aluminum overhang.

4. If slicing ahead of time, be sure the cookies are at room temperature before serving. The caramel gets rock solid in the fridge, and it would be a real nuisance to take someone to the dentist to get an emergency tooth replacement after Sunday roast.