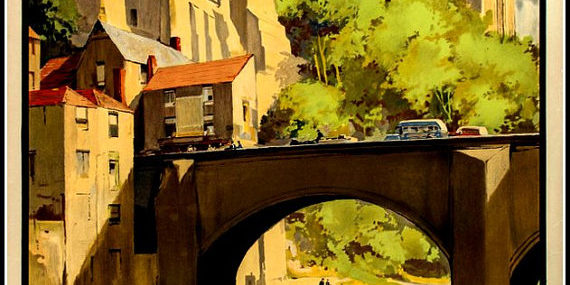 I am just back from ten days in County Durham, a place I strongly recommend.  The main attraction is the city of Durham with its Romanesque cathedral and prestigious university.  The city is very old and the university prettily spread about in charming lanes around the cathedral.

Close by is Bowes Museum, a purpose built museum dating to the Victorian age and belonging to the family of the Queen Mum.  Though lovingly collected by the founders of the museum, the paintings are mostly ordinary, but two things stand out.

The museum is most famous for its silver swan, an automaton that dates to the Georgian period and perhaps was seen by Adam Smith.  It was built for Cox’s Museum in London by John Merlin and I imagine Smith visited as he had a great interest in watches, toys, and machines.  The swan is delicate and it is only set going once a day at 2 pm, but it is certainly worth waiting to watch.  Automatons fell out of fashion, despite being quite remarkable, but now audiences cannot resist a hearty round of applause as the swan performs, which is quite an odd phenomenon in itself.

The museum also houses a collection of liturgical vestments from Rouen.  French aristocrats would donate their luxurious cast offs to the Church and the nuns of the Order of the Poor Clares would upcycle them.  The chasubles and copes on display were fantastic.  The museum came to posses then since with the suppression of nuns in the French Revolution, the Poor Clares settled in Darlington nearby.

For these, and other reasons, make County Durham one of your stops upon your travels.  Super spot.